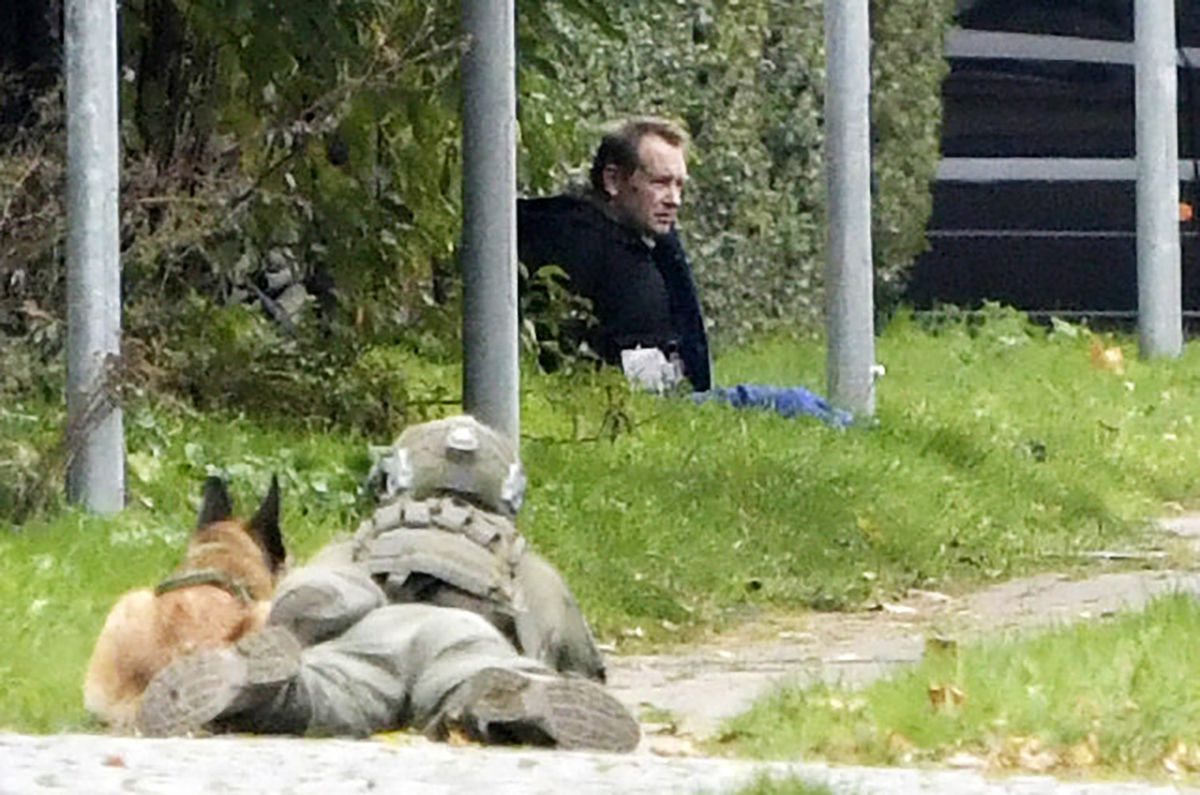 Peter Madsen, the Danish inventor who was convicted of gruesomely murdering a Swedish journalist in 2017, was recaptured early Tuesday morning after escaping from his Copenhagen prison.

Madsen is serving a life sentence for the murder of Kim Wall, a 30-year-old freelance reporter who was interviewing him for a story. She met him on his homemade submarine in August 2017 and was never seen alive again.

Details of Madsen’s escape are still flimsy, but he allegedly took a prison psychologist hostage with a “pistol-like object” as part of his escape, according to Ekstra Bladet, a local news outlet.

A photo from his recapture shows the 49-year-old man sitting in a patch of grass with his hands seemingly tied behind his back.

It’s unclear how long Madsen was free before police narrowed in.

During Madsen’s trial, prosecutors alleged that he killed and decapitated Wall in a sick sexual fantasy. Madsen denied killing Wall, but confessed to dismembering her and dumping her body out of his submarine and into the Baltic Sea after what he claimed was an accidental death.