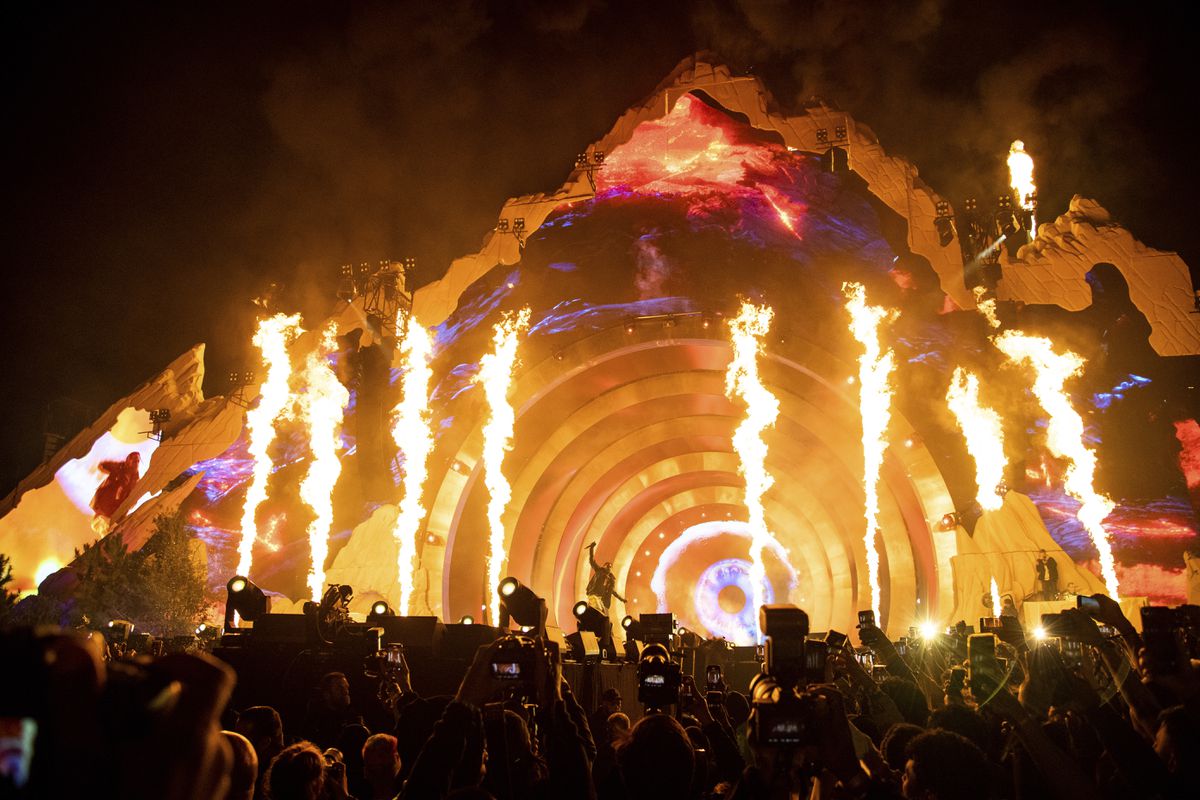 Eight people — including two teens — died after fans surged toward the stage during the opening night of Travis Scott’s Astroworld Festival in Houston, triggering a panic-induced stampede that left hundreds more injured.

The dead included a 14-year-old and a 16-year-old, Houston Mayor Sylvester Turner said Saturday. Five of the other dead ranged in age from 21 to 27. Investigators were still working to determine the age of the eighth person.

Seventeen people were taken to hospitals, and 13 of them were still hospitalized as of Saturday afternoon, officials said.

An estimated 50,000 people turned out for the Houston-born rapper’s weekend music event on Friday to see Scott perform at NRG Park, as well as other acts set to appear during the two-day fest including SZA, Bad Bunny,Master P, Roddy Rich, Lil Baby and Earth, Wind & Fire.

Houston Police Chief Troy Finner said in a news briefing Saturday that there were “a lot of rumors going around,” including “people injecting people with drugs.”

Finner said one private security officer felt a prick in his neck before passing out. Emergency responders administered Narcan, which is used to stop narcotics overdoses, and the officer woke up, according to the police chief.

Turner called for detailed information from everyone involved in the event, including organizer Live Nation and NRG Park, to find out how the festival “got out of control.”

Investigators said 911 calls about the disaster were first received about at 9:30 p.m.

“The crowd began to compress toward the front of the stage and that caused some panic and started causing some injuries,” Houston Fire Chief Sam Peña told reporters late Friday. “People began to fall out and become unconscious and that created additional panic.”

Peña added that it was unclear what sparked the incident, but that it was enough to overwhelm security and medical staff at the sold-out outdoor event.

“It seems like it happened just over the course of a few minutes. Suddenly we had people on the ground experiencing some type of cardiac arrest or some type of medical episode,” said Houston Police Executive Assistant Chief Larry Satterwhite, who was near the front of the concert when the situation unfolded.

Even after the music stopped around 10:10 p.m., there was still a crowd as emergency personnel tried to clear the venue.

More than 300 people were treated at a field hospital set up near the festival. The patients included a 10-year-old child, who was in critical condition Saturday morning, CNN reported.

“I’m absolutely devastated by what took place last night. My prayers go out to the families and all those impacted by what happened at Astroworld Festival,” Scott said in a statement Saturday. He promised to cooperate with an investigation.

Concert-goer Alleighya Odom, who has attended the annual festival since its start in 2018, said the dense crowd suddenly felt like “this force on my back, a continuous force.”

“There’s people behind me crying because they’re being stepped on.”

Odom said she escaped the crush by moving to a less crowded area, because she has a broken ankle and was worried about exacerbating the injury.

Clips shared on social media show Scott, 29, performing while emergency vehicles cut through the crowd. The chart-topping rapper can also be seen stopping the show on several occasions to request assistance for fans, according to the Houston Chronicle.

Scott, whose real name is Jacques Webster, was arrested after a concert in Arkansas in May 2017 because he “encouraged people to rush the stage,” police said at the time. He was charged with inciting a riot, disorderly conduct and endangering the welfare of a minor, though the misdemeanor charges were later dismissed.

The Grammy-nominated rapper pleaded guilty to disorderly conduct in connection with incident a few months later. A 2019 crowd rush at the Astroworld Festival led to three people being hospitalized.

Scott has a three-year-old daughter with Kylie Jenner, who is pregnant with the pair’s second child.

He launched Astroworld in 2018, the same year his hit “Sicko Mode” reached No. 1 on Billboard’s Hot 100. Officials said that Saturday’s lineup has been canceled due to the deadly crush.

“Our hearts are with the Astroworld Festival Family tonight — especially those we lost and their loved ones,” the event organizers wrote in a statement.

Those behind the event also asked that anyone with information on how the horror came about reach out to the Houston Police Department.