Creep exposes himself, then threatens subway booth operator in Brooklyn 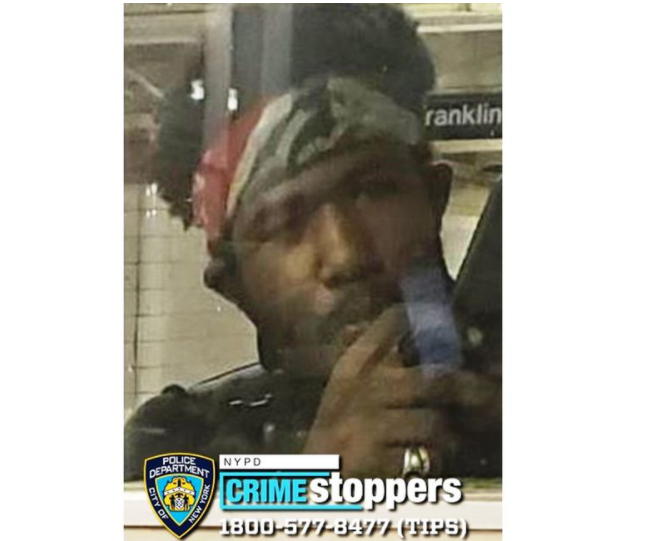 An unhinged creep pleasured himself in front of a 51-year-old MTA token booth operator at a Brooklyn train station, then followed the woman with a knife and threatened to kill her, officials said Thursday.

When the woman’s shift ended and she left the booth, the suspect trailed her to the southbound platform with a knife in his hand, cops were told.

“I’m going to kill you!” the man screamed as he pursued the woman to another token booth, which she jumped in for protection.

No arrests were made, cops said. The MTA clerk was not harmed.

Police on Thursday released the photo the MTA clerk took of the suspect, hoping that someone recognizes him.

He was described as Black, in his mid-20s, about 5-foot-8 and 170 pounds with brown eyes, blotchy skin and a mustache. He had a long dark afro tied up with a multi-colored bandana and was wearing a black T-shirt and black jeans.

Anyone with information regarding his whereabouts is urged to call NYPD Crime Stoppers at (800) 577-TIPS. All calls will be kept confidential.