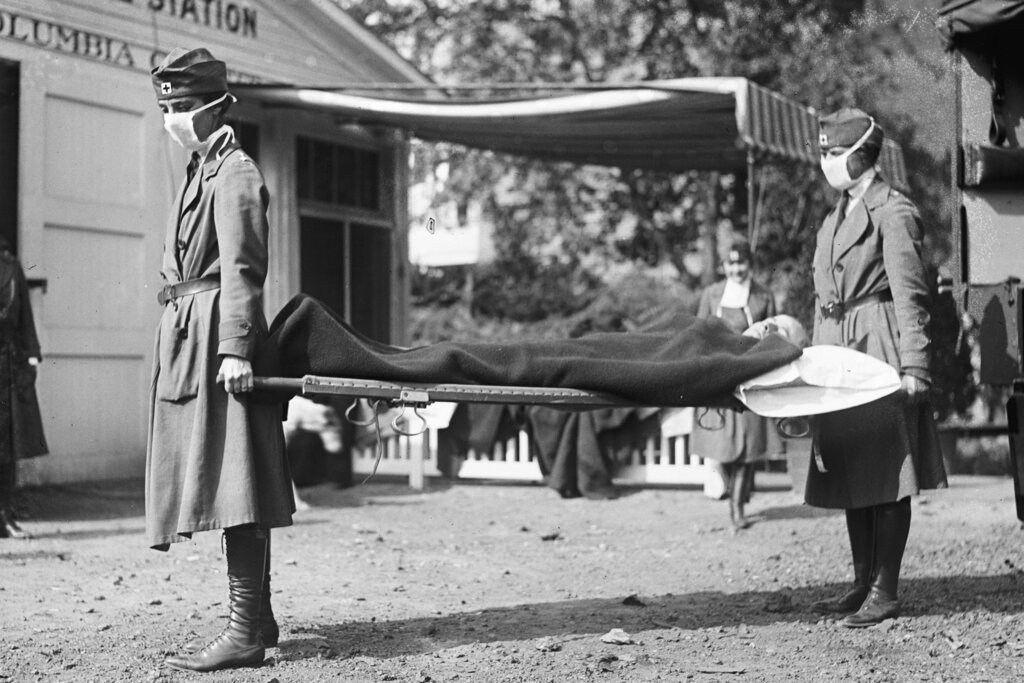 The coronavirus pandemic on Monday officially eclipsed the so-called Spanish flu epidemic of 1918-19 with the most deaths in this country since the formation of the United States.

The United States hit 675,446 people felled by the pathogen that naysayers have deemed no worse than the flu, surpassing the 675,000 estimated to have died in the lethal flu epidemic early last century.

The difference between this year and last year, when the pandemic began, is that most of the current fatalities are among unvaccinated people, making the heartbreaking tally unnecessary. In addition a direct comparison between the raw numbers doesn’t give the whole story, medical experts and statisticians say, given differences in population size, mobility and tools to fight the disease between now and then.

While the delta-fueled surge in infections may have peaked, U.S. deaths are running at over 1,900 a day on average, the highest level since early March, and the country’s overall toll topped 675,000 Monday, according to the count kept by Johns Hopkins University, though the real number is believed to be higher.

Winter may bring a new surge, with the University of Washington’s influential model projecting an additional 100,000 or so Americans will die of COVID-19 by Jan. 1, which would bring the overall U.S. toll to 776,000.

The 1918-19 influenza pandemic killed 50 million victims globally at a time when the world had one-quarter the population it does now. Global deaths from COVID-19 now stand at more than 4.6 million.

Differences aside, to have this many deaths when vaccines could have prevented most of them this year makes the pandemic a colossal tragedy in its own right.

“In terms of raw numbers of deaths, that’s a high number,” Howard Markel, director of the Center for the History of Medicine at the University of Michigan School of Public Health, told Stat News. “And it’s higher still than it should have been, frankly.”

Nearly 4.7 million fatalities have been reported worldwide from COVID-19 so far, and U.S. deaths make up 14% of that — even though we comprise just 4.2% of the world’s population, as Stat News pointed out. Markel and David Morens, a medical historian at the National Institutes of Allergy and Infectious Diseases, said the U.S.’s inadequate response at the outset contributed to the heavy toll, they told Stat News.

By other measures, the 1918-19 flu was worse. It killed young, healthy adults in vast numbers, there were no vaccines to slow its spread, and antibiotics did not yet exist to treat secondary bacterial infections.

At the same time, in having those advantages, the U.S. could have done a lot better, making the COVID-19 crisis a colossal tragedy in its own right.

“Big pockets of American society — and, worse, their leaders — have thrown this away,” Markel told The Associated Press.

As with that flu, the coronavirus could over the next several years morph into something much milder in terms of illness, experts say. At some point it could lose its potency, as the H1N1 flu virus did after 1919, AP noted, due to the advent of vaccines on top of collective immunity acquired over generations. But experts emphasize that there is no guarantee.