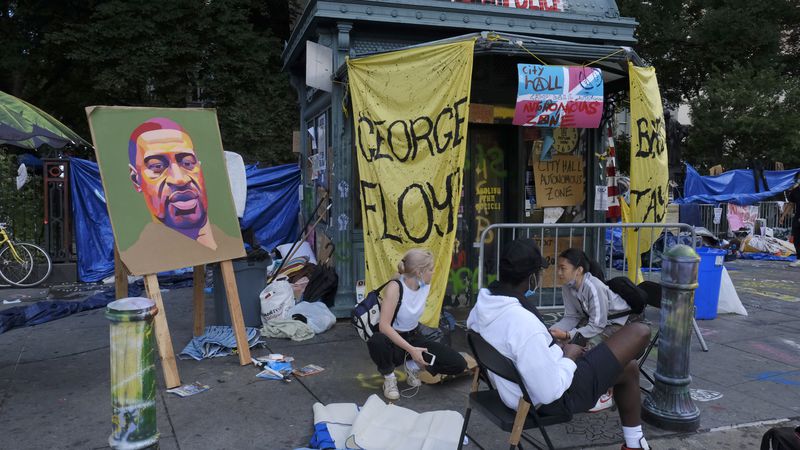 At least three people were in custody Tuesday after cops in riot gear clashed with protesters occupying City Hall Park Tuesday as the city council prepares for a budget meeting.

Videos on Twitter show cops moving barricades and pulling protesters to the ground and handcuffing them beginning about 6 a.m.

One person involved in the fray was taken into custody and is expected to be charged with assault on a police officer, authorities said. A second was taken in on allegation of disorderly conduct.

And 18-year-old Dominique Tombeau was arrested at the Surrogate Court across from City Hall Park about 2:40 a.m. after he allegedly sprayed graffiti on a court house statue.

The clash with cops may have started as a fight between protesters that got out of control when cops moved the barricades to get at the assailant.

Scores of protesters took over City Hall Park last week, vowing to stay until the mayor defunds the NYPD.