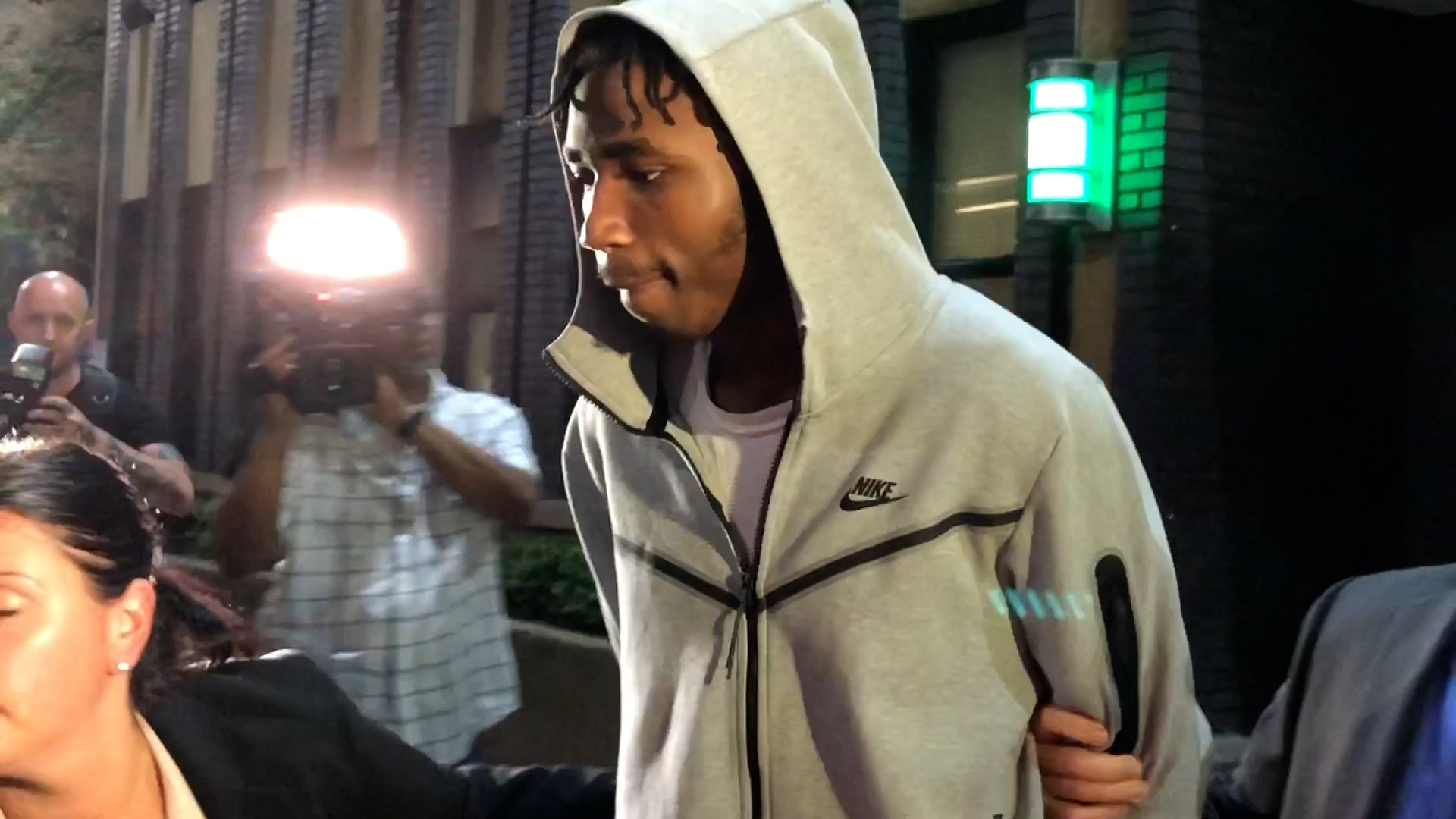 Cops say they’ve busted a young gunman who opened fire at another man in Times Square and sparked a war of words between Mayor de Blasio’s spokesman and a neighborhood business leader.

Elijah Quamina, 20, of Brooklyn, sprayed several bullets on Seventh Ave. and W. 41st St., near the bustling heart of the city’s tourism industry at about 12:15 a.m. Wednesday, said police.

He was taken into custody Thursday night and charged with attempted assault and criminal possession of a weapon.

The violence was the latest episode in a string of shootings in Times Square, and it unfolded after a white Mercedes clipped a motorcyclist, starting a fight.

The motorcyclist’s 22-year-old friend confronted a group of men standing by the Mercedes, and someone in the group pulled a gun and started firing. No one was hit, and the Mercedes sped off, while the gunman fled on foot, cops said.

Quamina said nothing as police led him from the Midtown South Precinct stationhouse Thursday night.

A police source said investigators found him by looking into the Mercedes.

“He was connected to the Mercedes. We traced the car to Brooklyn and he was already known to the department,” the source said.

Quamina has a lengthy arrest record, though many of those arrests have been sealed by the courts, police sources said.

Times Square Alliance president Tom Harris said Wednesday that the shooting and violence plaguing the neighborhood “has got to stop,” and said de Blasio’s administration “needs to stop making excuses and develop effective strategies” for dealing with the problems.

Quamina is charged in the third notable shooting at the Crossroads of the World in recent months.

A 4-year-old girl was hurt by a stray bullet at W. 45th St. and Broadway on May 8, when Farrakhan Muhammad, 31, started shooting indiscriminately over a street-vendor turf war, police said. Two adults were also injured by strays.

Muhammad was arrested a few days later in Florida.

On June 27, a 16-year-old breakdancer aimed his gun at a rival, but missed and shot a vacationing U.S. Marine at W. 45th St. and Seventh Ave., when the bullet bounced off the ground and hit the innocent victim in the back, cops said.