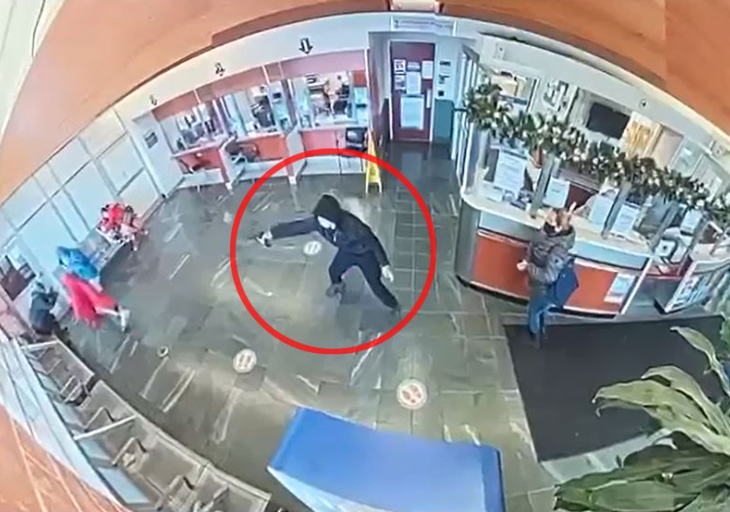 A suspect has been arrested for the frenzied shooting inside a Bronx hospital emergency room, police said Wednesday.

Martinez, 25, was in the the hospital’s reception area near the emergency room waiting to see a doctor when he exchanged looks with 35-year-old victim Ruben Perez, police sources said.

“What the f— are you looking at?” Martinez said before allegedly flashing a gun and firing four times.

Perez was hit in the left forearm and was expected to recover.

Martinez ran off, only to be apprehended about 11:40 p.m. Tuesday night.

Martinez had come to the hospital complaining he was having difficulty breathing, one police source said. It was not immediately clear if he knew Perez before the hospital stare down.

“This was a cowardly act in a space where New Yorkers come for healing and care,” an NYC Health & Hospitals spokesman said in a statement.

“Our health care heroes swiftly took care of the shooting victim and took actions to protect the other patients in the waiting room,” the statement added. “Our immediate focus is on caring for the patient and ensuring the safety of our staff.”