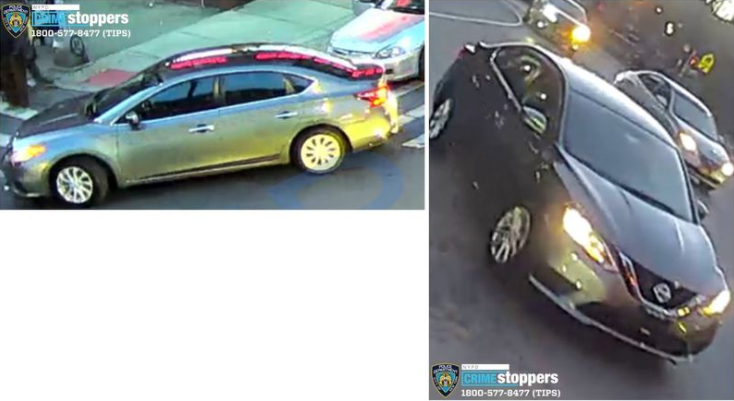 Cops are offering a $10,000 reward for information on the callous gunman who shot an 11-month-old girl in the face with a stray bullet in the Bronx last week.

The shooter was trying to kill a fleeing rival near the corner of E. 198th St. and Valentine Ave. Wednesday when he fired two shots — striking the baby girl while she sat in the backseat of her parents’ car with her mom.

“She’s stable. She will be OK,” the mom, Miraide Gomez, told reporters about baby Catherine a day after the shooting. “[I’m] going to leave it to God.”

Catherine’s father was in a nearby deli buying groceries when the shooting erupted.

Police released a new video of the suspect Monday, as well as new photos of a grey Nissan four-door sedan the shooter used to flee.

Cops are asking anyone with information to call Crime Stoppers at (800) 577-TIPS.