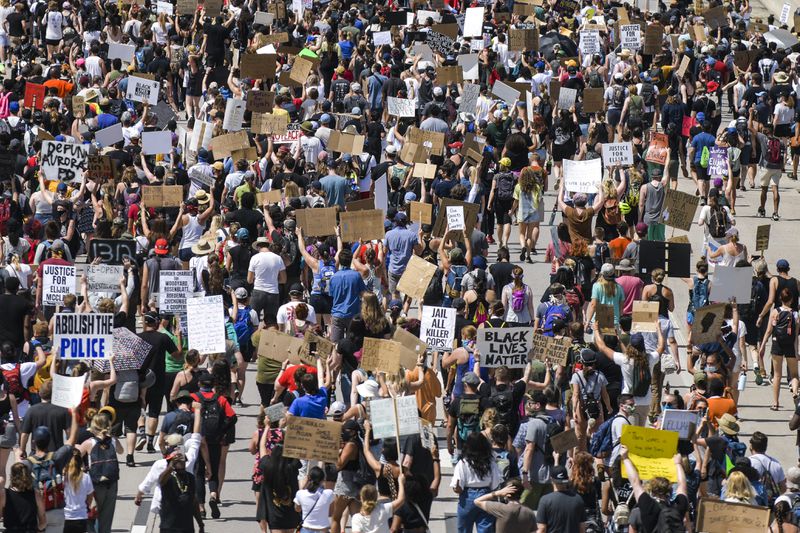 Three Colorado cops have been placed on leave over alleged photos of them taken near a memorial for Elijah McClain, a Black man who died last year after he was put in a chokehold by police officers.

Interim Chief of Police Vanessa Wilson in a statement released late Monday night confirmed she ordered an investigation into the officers after a fellow cop reported them to Internal Affairs in connection “photographs near the site where Elijah McClain died.”

“I immediately ordered Internal Affairs to make this investigation their top priority,” Wilson said. “This accelerated investigation was completed this evening.”

McClain was only 23 years old when he was stopped on Aug. 24 by police, who were responding to calls of a suspicious person in the area at the time. He’d just purchased an iced tea at a nearby convenience store and told officers he was an introvert and on his way home, according to video of the encounter.

Police said in a statement at the time that “the male would not stop walking down the street from the officer” and “resisted contact, a struggle ensued, and he was taken into custody.”

At one point during their confrontation, authorities put McClain in a carotid restraint, prompting him to go into cardiac arrest. He was later declared brain dead and taken off life support less than a week later, sparking protests across his Colorado community.

Activists calling for justice on his behalf have recently become reinvigorated by demonstrations following the in-custody death of George Floyd. The 46-year-old died in Minneapolis on Memorial Day after an officer knelt down on his neck for an extended period of time.

Police have not yet said what the pictured officers are doing nor when the photos were taken. A source told CBS Denver they were re-enacting the chokehold that left McClain incapacitated.

All three officers last week were removed from patrol duty.

“This investigation will be publicly released in its entirety promptly upon its conclusion,” Wilson said.

“This will include reports, photographic evidence obtained, officer’s names, and my final determination which can rise to the level of termination.”