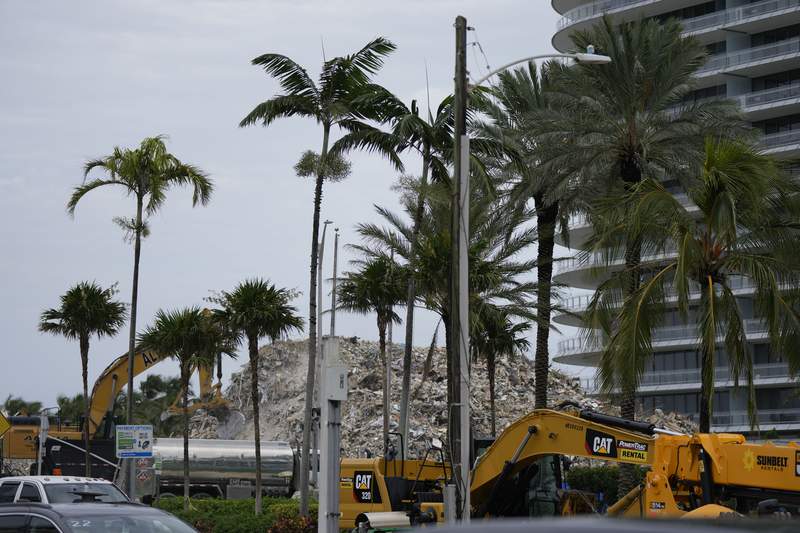 The land where the collapsed Florida condo tower used to stand should be sold, with profits going to victims and their families, a judge said Wednesday.

Champlain Towers South now sits as a pile of rubble, but the oceanfront land in Surfside could be worth $100 million to $110 million, the Associated Press reported.

Judge Michael Hanzman is overseeing several lawsuits related to the June 24 collapse. Almost 100 people have been found dead in the debris, and about a dozen more are still unaccounted for. Haznman said his main focus is getting money to victims.

“I want you to be proceeding forward with whatever needs to be done to monetize that property, so we can get money in the hands of these people,” the judge told several attorneys involved in the case, according to local Fox affiliate WSVN.

Some people have suggested building a memorial on the site, the AP reported. Others would like a new building to be built so they can resume their lives.

“I want to make it very clear that the victims of this tragedy are not going to be sacrificing their funds and their property for a memorial,” Hanzman said, according to WSVN. He suggested a state or federal agency could purchase the property at fair market value to create a memorial.

The judge’s next meeting with attorneys is scheduled for Friday.