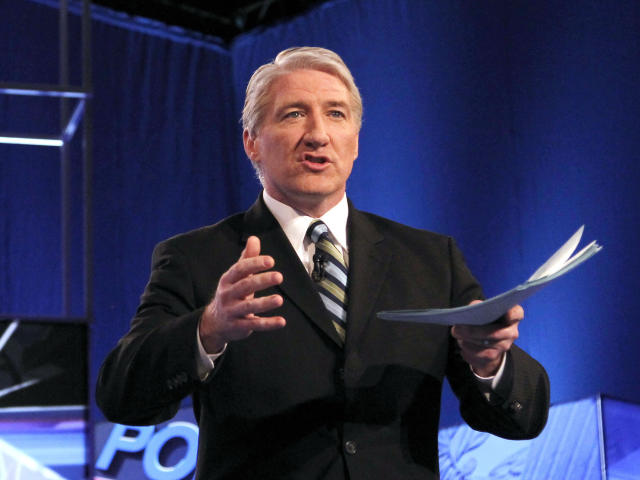 CNN anchor John King revealed he has multiple sclerosis during a live segment of his daily show “Inside Politics” on Tuesday.

The veteran political journalist was hosting a roundtable discussion about how some right-wing outlets were using the death of Gen. Colin Powell to question the efficacy of COVID-19 vaccines.

During the segment, Axios’ Margaret Talev noted that in the case of the late secretary of state — who was “someone who was living with a blood cancer and a weakened immune system” — it was in fact nonvaccinated people who put his life at risk.

—@JohnKingCNN: “I’m going to share a secret I’ve never shared before: I am immunocompromised. I have multiple sclerosis. So I’m grateful you’re all vaccinated….” pic.twitter.com/7vOk2CxXRP

“It is a shared responsibility, if I can do something to help protect somebody else,” the 58-year-old news anchor agreed, before sharing “a secret” he’d never spoken about before.

“I am immunocompromised. I have multiple sclerosis,” he said.

“So I am grateful you are all vaccinated. I am grateful my employer says all of these amazing people who work on the floor, who came in here in the last 18 months when we are doing this, are vaccinated now that we have vaccines. I worry about bringing it home to my 10-year-old son who can’t get a vaccine. I don’t like the government telling me what to do. I don’t like my boss telling me what to do. In this case, it’s important,” he added.

Powell, who died Monday from complications from COVID-19, had been fully vaccinated and was due to get a booster shot. However, the 84-year-old had a form of blood cancer that made him more vulnerable.

After the segment aired, King joined Boston Public Radio where he continued to discuss his shocking revelation, saying he did not plan on announcing his condition.

“It was not planned. It is a secret I have kept for a long time except for a very few people,” King said.

He added that he made his shocking revelation because “It just pi–ed me off,” about having to refer to right-wing conspiracy theories about the vaccine being ineffective.

“I don’t like the government telling me what to do. I don’t like my boss telling me what to do. But sometimes we have to accept a greater cause,” said King. “When you have this misinformation about vaccines in a way that threatens people — 727,000 have died of COVID, they’re all American treasures just like Colin Powell was — if we could do anything to protect them we should do it. Even if we have to set aside a personal preference or principle. This is big enough.”

On Monday night, Fox News’ Tucker Carlson opened his prime-time show suggesting that Powell’s death showed that people in the U.S. had been “lied to” about the effectiveness of vaccines.

“Forgive me, Fox News, what makes America exceptional is when we all decide to [set down] our personal principles and preferences for the good of the team,” King said. “The good of the team here is to come together and not spread that,” he said.