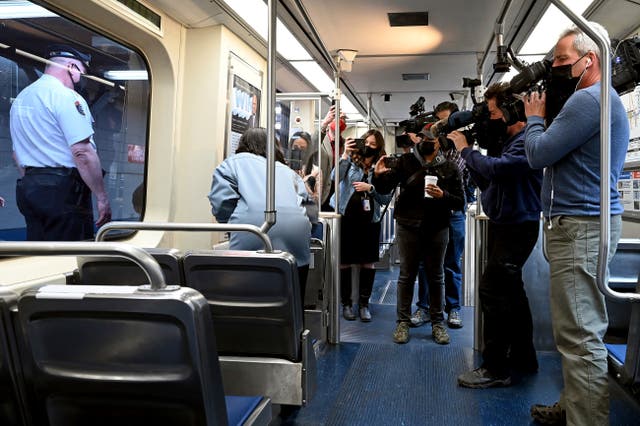 Train passengers who last week witnessed the rape of a fellow passenger in Philadelphia could face charges if they filmed the attack.

Now investigating that possibility, police on Monday said witnesses on the Southeastern Pennsylvania Transportation Authority’s busiest route, the Market-Frankford Line, sat and watched the attack while holding up their phones, 6 ABC reports.

“What we want everyone to be is angry, disgusted, and join us in being resolute to continue to make the system safe,” SEPTA Police Chief Thomas J. Nestel III said Monday at a news conference. “There were people witnessing the act with phones in their hands.”

The suspect was identified as Fiston Ngoy, 35, who was arraigned last Thursday on charges of rape, sexual assault, aggravated indecent assault and more.

Anyone who failed to intervene and who also filmed the assault might face criminal charges, said Upper Darby Police Department Superintendent Timothy Bernhardt, according to The New York Times.

Though there are two emergency call buttons in each train car, only one 911 call came into SEPTA and none were received by Philadelphia police, according to the outlet.

SEPTA on Monday said the assault occurred after the suspect harassed the unidentified female passenger for more than two dozen train stops and over 40 minutes, according to the outlet. The behavior reportedly escalated from harassing and groping to rape.

The horror only ended for the woman, who said she did not know Ngoy, when an off-duty SEPTA employee phoned police because “something wasn’t right” with a woman aboard the train.

Ngoy claimed that he knew the victim — though he couldn’t recall her name — and that the encounter was consensual. The arrest affidavit cited the woman’s repeated efforts to push Ngoy away, according to 6 ABC.

Ngoy listed a homeless shelter as his last address and, as of Tuesday, was reported to still be in custody on $180,000 bail. His first court appearance is scheduled for next Monday.