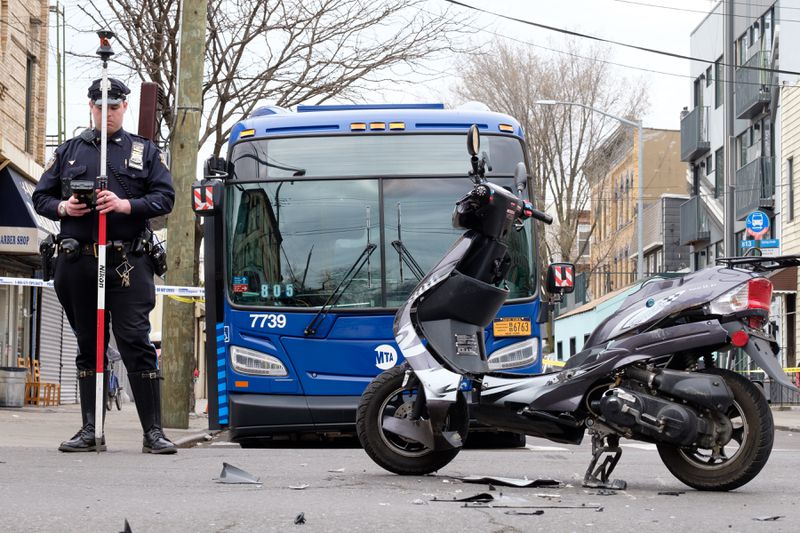 The teen was riding the scooter near the corner of Seneca and Gates Aves. in Ridgewood about 1:15 p.m. when a B13 bus heading west on Gates struck him, cops said.

Authorities are still investigating the crash.