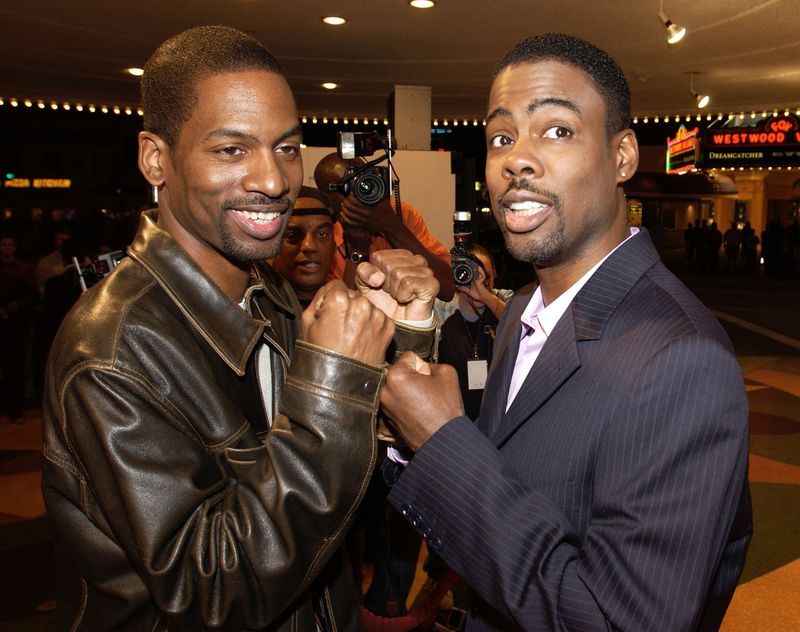 Chris Rock may be keeping quiet after Will Smith slapped him at the Oscars but his brother has been anything but.

In a lengthy Twitter Q&A Tuesday, Tony Rock responded “no” when asked if he approves of Smith’s public apology, although it’s unclear if he’s speaking for his brother as well.

He also said Sean “Diddy” Combs was lying when he said Rock and Smith had made up. Combs denied that he ever said the pair had reconciled.

“I said ‘as brothers they will work it out’ and let’s move on with love,’” the rapper told the Daily News.

While presenting the Oscar for documentary feature Sunday night, Rock made a seemingly off-the-cuff joke about Jada Pinkett Smith’s shaved head, stemming from her alopecia. Will Smith responded by storming the stage and slapping Rock, then yelling at him to “keep my wife’s name out of your f–king mouth.”

On Monday, facing backlash and a probe by the Academy of Motion Pictures Arts and Sciences, Smith offered a public apology.

“My behavior at last night’s Academy Awards was unacceptable and inexcusable. Jokes at my expense are a part of the job, but a joke about Jada’s medical condition was too much for me to bear and I reacted emotionally,” he wrote on Instagram.

“I would like to publicly apologize to you, Chris. I was out of line and I was wrong. I am embarrassed and my actions were not indicative of the man I want to be. There is no place for violence in a world of love and kindness.”

Rock, meanwhile, is preparing to kick off his “Ego Death Tour” in Boston Wednesday night.

Tony Rock ended his Twitter Q&A by directing fans to his brother’s 2009 documentary “Good Hair,” which he produced, narrated and co-wrote. An official summary of film describes it as touching on “the way hairstyles impact the activities, pocketbooks, sexual relationships and self-esteem of the Black community in this exposé of comic proportions that only he could pull off.”

“Since the narrative is now changed to all my bro does is disrespect women of color,” Tony Rock tweeted.

One of the women who appeared in “Good Hair,” Philadelphia-based interior designer Sheila Bridges, has already publicly condemned Rock.

“Shame on you,” she wrote on Instagram Monday with a clip of her appearance in the documentary, sharing her own experiences with alopecia.

“Didn’t we sit down and talk at length about how painfully humiliating and difficult it is to navigate life as a bald woman in a society that is hair obsessed? As if life isn’t challenging enough out here as an unprotected Black woman?”