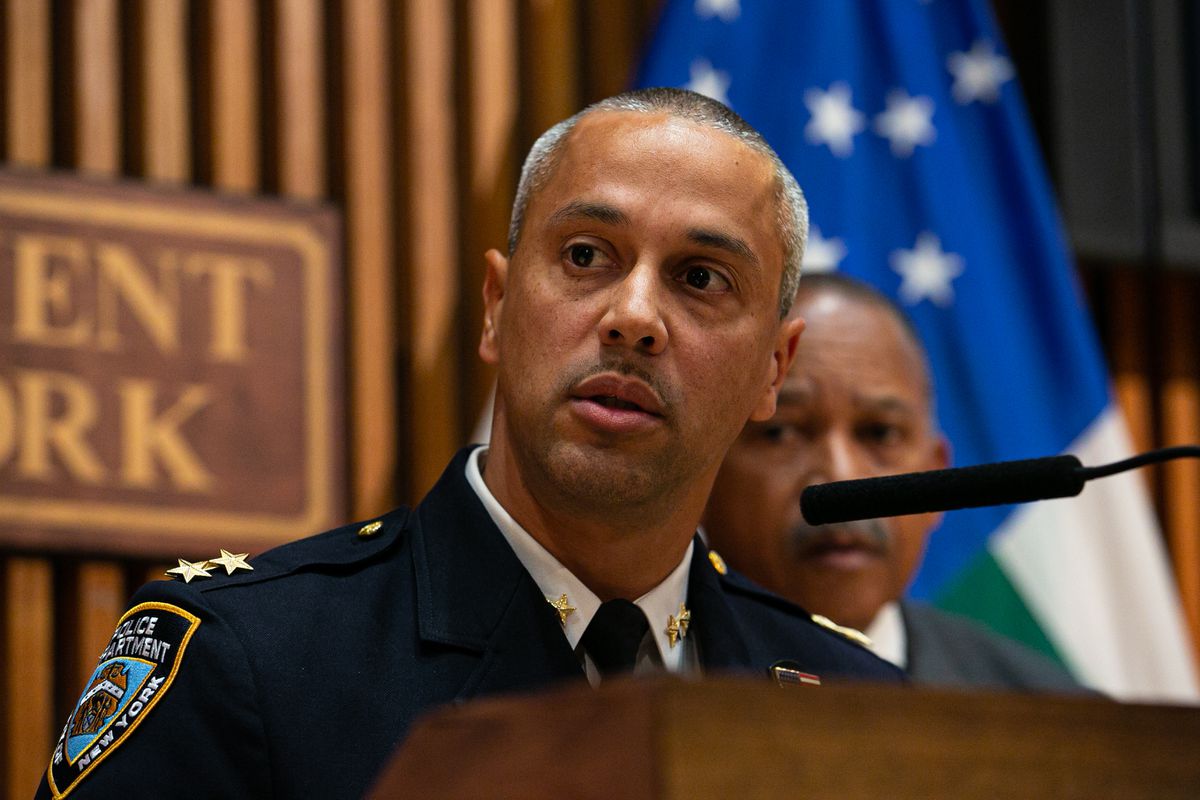 Pichardo, 43, was named Chief of Patrol less than a year ago, after serving as No. 2 for Chief of Detectives Rodney Harrison when Harrison held that position.

The NYPD confirmed that Pichardo put in his retirement papers, but sources tell the Daily News that City Hall officials are pleading with him to reconsider.

The tipping point came after last week’s Orthodox Jewish protests in Borough Park, sources said. Pichardo worked 36 hours straight on Wednesday and Thursday, then went home to fall asleep and missed a call from the mayor, the sources said.

When he woke up, he returned the call.

But Hizzoner summoned him to City Hall Friday to give him a tongue lashing for not answering the phone, the sources said. One source said his phone may have also been on the fritz when the mayor called.

That came after weeks of friction between Pichardo and de Blasio over the city’s George Floyd protests, sources said. The mayor would constantly call and text Pichardo, to the point where he felt he was being treated as a whipping boy, sources said.

Late Saturday night, de Blasio peppered Pichardo with texts about a block party in the Bronx, and he became frustrated enough to file his retirement papers, the sources said.

He did not answer questions as he walked back to One Police Plaza from City Hall Tuesday afternoon, accompanied by members of the department’s media relations office.

The mayor failed to sway Pichardo, who has given 30 days notice, police sources said.

In a statement Tuesday, de Blasio spokesman Bill Neidhardt said, “Chief of Patrol Pichardo is a deeply respected leader in the NYPD and City Hall is continuing to have conversations with him regarding his future.”

Pichardo told his staff about his retirement Tuesday, sources said.

He was appointed Chief of Patrol on Dec. 5, and has seen the department through the coronavirus crisis, this year’s spike in murders and shootings, and the Black Lives Matters protests.

Pichardo, a 21-year NYPD veteran, became the first Dominican Republic-born officer to rise to the rank of two-star chief in 2018.

The NYPD offered a glowing statement about Pichardo’s NYPD career Tuesday afternoon, calling him “one of the most highly respected leaders in policing.”

“Chief Pichardo, 43, was the first Chief of Patrol of Dominican heritage in NYPD history and has worked tirelessly in recent months to guide the men and women in uniform through a series of challenging issues that have strained the city and the agency.”

Ed Mullins, the head of the Sergeants Benevolent Association and a fierce critic of the mayor, blasted de Blasio Tuesday.

“Chief Pichardo was an asset to the NYPD. Sadly, Mayor de Blasio does not and has never valued the talent that exists in the NYPD. Pichardo’s resignation is a loss to the NYPD, the City of New York and the overall Hispanic community,” Mullins said.

De Blasio has a history of contacting NYPD chiefs directly. In 2014, the mayor went around then-commissioner William Bratton to call NYPD Deputy Chief Kim Royster about the arrest of his political ally Bishop Orlando Findlayter.

“I have no problem with it whatsoever. None whatsoever. He can call anybody he wants any time he wants,” Bratton said at a press conference alongside de Blasio not long after.