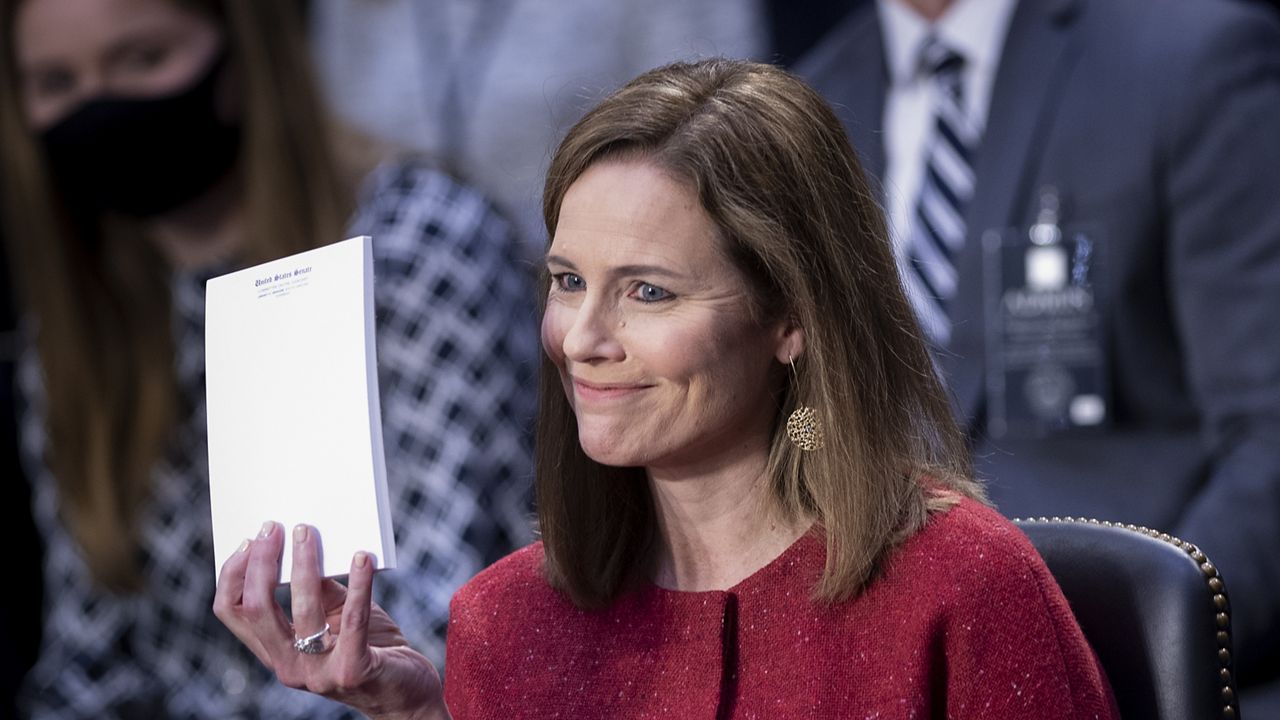 As Judge Amy Coney Barrett was grilled before the Senate Judiciary Committee on Tuesday, observers noted she responded to hours of questioning on judicial matters without using any notes.

President Trump’s conservative nominee relied on her memory alone for the lengthy questioning process during the second day of her Supreme Court confirmation hearing.

After hours of answering questions on her legal philosophy and recalling her own judgments and those of other courts, Sen. John Cornyn, R-Texas., asked Barrett about how she prepared.

“You know most of us have multiple notebooks and notes and books and things like that in front of us,” Cornyn said. “Can you hold up what you’ve been referring to in answering our questions?”

“Is there anything on it?” Cornyn asked.

Barrett cracked a smile and held up a blank notepad that was sitting in front of her.

“The letterhead that says ‘United States Senate,’” she responded as giggles were heard echoing throughout the room.

“It’s common to write down questions since Senators often ask 12 in a row and expect complete answers to all,” one user wrote.

Another said: “I am shooketh by how brilliant this woman is.”

Barrett was a law clerk for the late Justice Antonin Scalia from 1998 to 1999. She has served as a judge on the U.S. Court of Appeals for the Seventh Circuit since 2017.