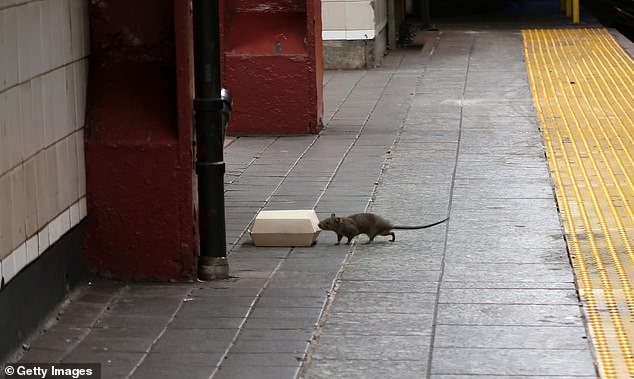 The Bulls had a good run, but the rats are unstoppable.

Chicago has been rated number one on Orkin’s Top 50 Rattiest Cities List for the seventh straight year. That’s likely an unwanted honor for the city also known for its Michael Jordan-led basketball team’s six NBA championship wins over an eight-year period.

The pest-control company’s rankings were based on the number of new residential and commercial rodent treatments it performed between Sept. 15, 2020, and Sept. 15, 2021.

Orkin calls the past year an unprecedented stretch of rodent visibility brought on by the pandemic, which “forced rodents to find new food sources” while restaurants and businesses were closed. The company also said it experienced rats “scavenging new areas and exhibiting unusual or aggressive behavior.”

“As urban residents started to return to their city homes after the mass exodus following the outbreak of COVID-19 in March 2020, so did rat populations,” Orkin explained in its rundown.

Orkin entomologist Ben Hottel added that rats are resilient and suggested humans aren’t the only ones who have learned to work from home.

“After a year of depleted resources, residential properties offer the ideal habitat for rodents, and once they’ve settled in, they’re capable of reproducing rapidly and in large quantities,” Hottel said.

Orkin warns that rat infestation is dangerous not only because of the damage they can do to homes, but because of harmful pathogens they carry. The 120-year-old organization notes that there are ways to keep rats at bay, including keeping food contained, clearing out clutter indoors and outdoors, and inspecting dwellings for entry points.