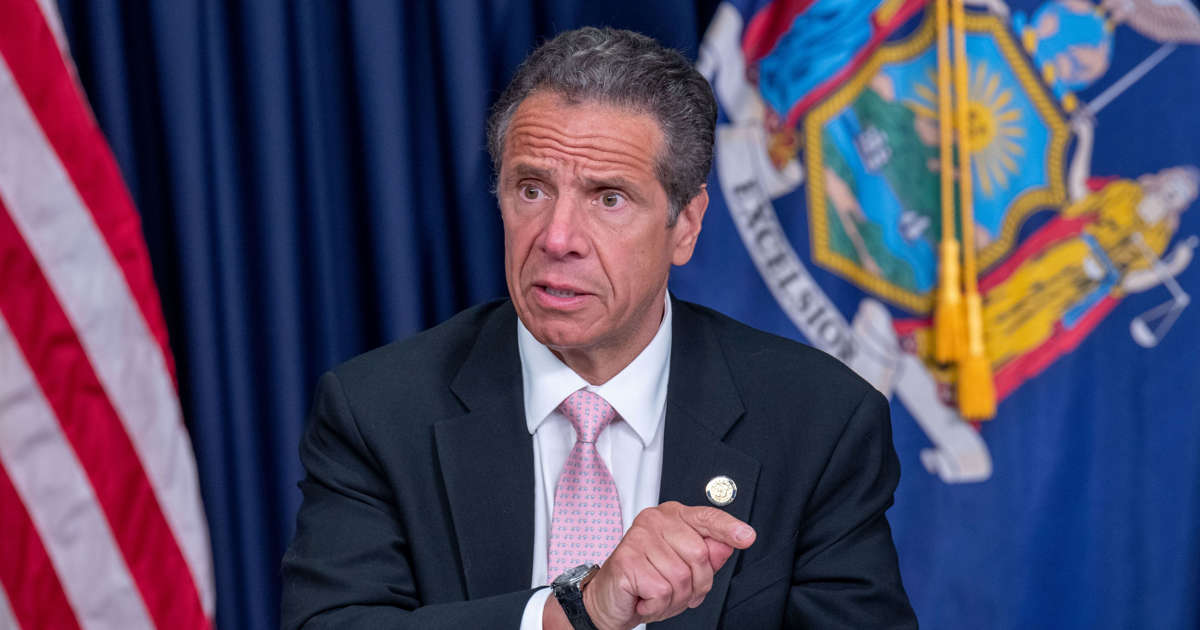 Demands for Gov. Cuomo to resign or be promptly removed from office poured in Tuesday after New York Attorney General Letitia James announced that her investigators have corroborated allegations that the governor sexually harassed several women.

“It is beyond clear that Andrew Cuomo is not fit to hold office and can no longer serve as governor,” de Blasio said. “He must resign, and if he continues to resist and attack the investigators who did their jobs, he should be impeached immediately.”

Schumer and Gillibrand called the probe “thorough and professional” and said it uncovered violations of state and federal law.

“No elected official is above the law,” they said in a joint statement. “The people of New York deserve better leadership in the governor’s office. We continue to believe that the governor should resign.”

In a joint statement that amounted to another gut-punch to the governor, Jeffries, Meeks and Suozzi called the AG’s probe “complete, thorough and professional” and said it found Cuomo “engaged in abusive behavior toward women, including subordinates, created a hostile work environment and violated state and federal law.”

“The time has come for Gov. Andrew Cuomo to do the right thing for the people of New York State and resign,” they said.

Mariann Wang, an attorney representing two of Cuomo’s alleged victims, praised James’ office for an “extraordinarily thorough and detailed” 168-page report that spells out the damning findings of her probe into the governor.

“Cuomo’s misogyny and abuse cannot be denied. He has been doing this for years, without any repercussions,” Wang said. “He should not be in charge of our government and should not be in any position of power over anyone else.”

“Governor Cuomo used his office to sexually assault, harass, intimidate, and humiliate his employees. He is wholly unfit to serve and must be removed from office immediately,” said Queens Assemblyman Ron Kim, a Democrat who alleges the governor personally threatened him last year after he criticized his administration’s pandemic policies. “There is no measure left to hide this truth: the governor broke the law so we must hold him accountable.”

Alongside James’ probe, the State Assembly has been conducting an impeachment investigation into Cuomo.

That probe is expected to ramp up significantly in light of James declaring in her office’s report that Cuomo violated “state and federal laws” by sexually harassing 11 women, many of whom are current or former aides.

Cuomo, who has vehemently denied any wrongdoing, did not immediately offer public comment after the release of James’ report.

Eric Adams, the Brooklyn borough president and Democratic mayoral nominee, also did not immediately weigh in on the report’s findings. Adams and Cuomo recently held a press conference in Brooklyn together aimed at addressing the rise of gun violence in the city.

Brooklyn Councilman Brad Lander, who’s expected to take over as the next city comptroller in January, lamented the fact that Cuomo is still in office even though his alleged victims first came forward with harassment claims six months ago.

“Gov. Cuomo should have resigned in March,” Lander said. “He should resign now. If he does not, he should be impeached.”

“Andrew Cuomo lacks the integrity required to be the leader of our state and can no longer serve as New York’s governor,” he said. “He must heed the calls of so many New York leaders and resign.”