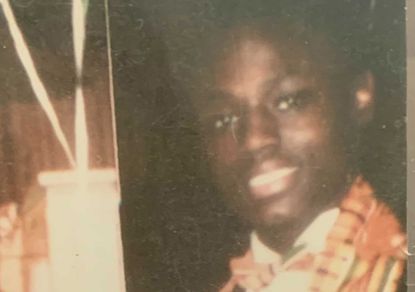 A Brooklyn woman whose teenage son was shot to death on the street almost three decades ago is dismayed the convicted killer, after gaining his freedom, has gone on to kill again.

Gunman William Smith is now accused of stabbing good Samaritan Yong Zheng to death during a street melee that erupted after Smith and a crew of robbers held up an illegal gambling den in Sunset Park on Feb. 26.

Smith, 45, was back out on the streets after serving less than nine years in prison for killing 17-year-old Lateek Escort, who was just months away from graduating high school. Smith chased the teen down and shot him in the back and the leg in Bushwick in September 1993.

Smith was nabbed on March 1 for allegedly killing Zheng, a bystander trying to break up the fight outside the illegal gambling den that Smith had just robbed with his crew. The victims of the robbery had chased Smith and the other robbers into the street.

Smith used a screwdriver to stab Zheng four times while his accomplices attacked the angry robbery victims with blades, authorities charge. Smith confessed to the killing once caught, cops said.

Three decades ago, Smith was involved in a drug crew that operated out of an apartment on Bushwick Ave.

On Sept. 27, 1993, he shot at Lateek because the teen was walking down Bushwick Ave. near Hancock St. with a man named Anthony Williams, who had shot at a member of Smith’s crack-dealing crew earlier in the day, prosecutors said.

“Lateek was a sweet person, kindhearted, caring,” his mom said this week, holding a framed photo of her son. “I worked late hours and he would stay up late to wait for me.”

It took three years for authorities to charge Smith in Lateek’s killing. After he went to trial, the jury was hung in 1997, with 10 jurors voting to convict and two wanting to acquit him, court papers show.

Smith took a plea deal, copping to manslaughter, rather than going through another trial. He was given a five-to15-year sentence and released on parole in 2006.

“He needed to be in [prison] for more than 10 years,” Escort lamented.

“I don’t have anger towards him,” she said of her son’s killer. “I don’t hate him anymore. At one point, I did. But I had to let that go in order to take care of my kids and get along with my life.”

Escort’s plight has only continued after her son’s death. Another son, Dawud Escort, 25, was shot and killed outside a Williamsburg NYCHA complex in 2017. She has three remaining children.

“Every day it’s a struggle,” she said. “I miss [Lateek] holding me. I miss him being there for me.”

The killer of her other son was never caught.

“That person is still walking around,” she said. “It’s just disheartening.”