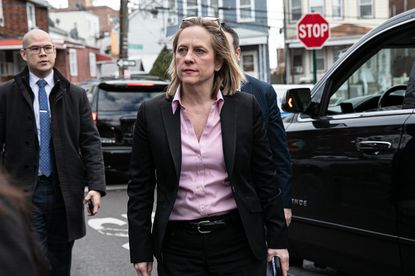 Queens became the latest county Tuesday to give a free pass to people charged with loitering for prostitution, falling in line with prosecutors who are following the guidance of legislators who repealed a law derided as a “walking while trans” ban.

The nebulous statute, in place since 1976, was finally taken off the books last month to the delight of critics who said the law was used to target women, transgender people and people of color.

“Instead of prosecuting these defendants, we need to provide a helping hand by connecting them with meaningful services, support options and the necessary tools that will assist them to safely exit the sex trade if that is what they choose to do,” Queens District Attorney Melinda Katz said.

In addition to dropping these cases, Katz also requested that the court seal them so that those who were charged do not have a criminal record.

Earlier this month, Bronx DA Darcel Clark made a similar request, asking a judge to dismiss the cases of 800 people.

While the purpose of the law was to prohibit loitering for the purpose of prostitution, research for the legislation uncovered that 91% of people arrested under the statute were Black and Latino. Of those, 80% identified as women.