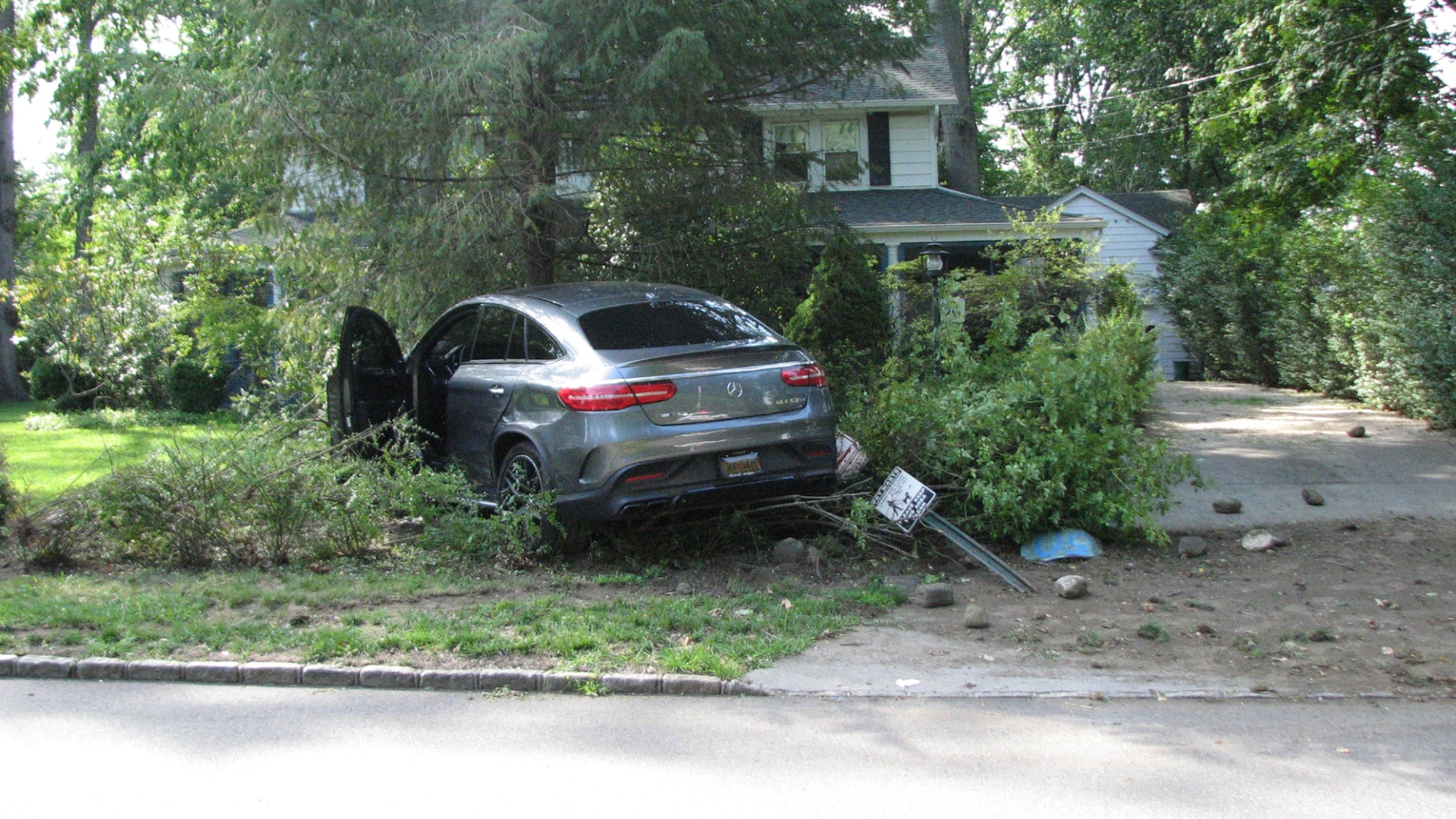 Brooklyn rapper Sheff G was fleeing cops in a quiet Long Island town when he sped through an intersection and swiped the bumper of a woman’s car before crashing into a tree in a suburban yard, according to court papers.

The 23-year-old “No Suburban” rapper, born Michael Kyle Williams, was slapped with a Brooklyn Supreme Court lawsuit following the Aug. 21, 2020 crash on Steamboat Road in Great Neck. He sped his 2017 Mercedes-Benz GLE AMG 63 through a stop sign with two Nassau County Police Department cars in hot pursuit and slammed into the front of a new Cadillac driven by Alexia Friend, according to a lawsuit and video of the crash.

New filings in the previously unreported lawsuit filed in October 2020 by Friend show the aftermath of the crash. The rapper’s luxury SUV knocked over shrubs and a street sign in the upscale lawn after hopping the curb, photos submitted in the suit show.

His car skidded more than 200 feet after crashing into Friend, who was cruising through the intersection after pausing at a stop sign, according to the lawsuit.

“After the collision, [Friend] exited her car and observed that (Sheff G’s) vehicle continued traveling down Kings Point Road, where it then struck a tree, and was swarmed by police vehicles, which apparently had been in hot pursuit of the speeding Defendant,” wrote Friend’s lawyer, Marc Battipaglia in an Oct. 26 motion.

Friend hurt her neck, back and right shoulder, and has experienced a tingling sensation down her right arm since the crash, she testified during an April deposition.

“After the impact, I saw that the other car had spun… and slid down the road,” Friend recalled in her testimony. “I got out of the car because I was shocked and didn’t know what happened.”

A Nassau County Police Department report confirmed that the rapper was speeding and fleeing police at the time of the crash. A spokesman for the department declined to say if he faced any charges or why they were pursuing him. Public records show no pending charges against Sheff G in Nassau County.

For Sheff G, the lawsuit is the least of his legal woes.

The rapper was arrested in January in the same Mercedes and busted for gun possession after he was pulled over by cops for speeding and making an illegal U-turn. Officers found a .45 caliber Glock loaded with nine rounds in a sealed compartment in the car.

Sheff G pleaded guilty to criminal possession of a weapon in the second degree related to the arrest. He was sentenced to two years in prison on Oct. 20.

He is currently being held on Rikers Island, according to Department of Correction records.

“Freedom is a must… Sending my love to all my fans & supporters. I’ll be Bacc soon… FREE ME!” the rapper posted along with a photo of himself to his Instagram on Nov. 12.

Friend declined to speak about the lawsuit. Sheff G declined to comment through his lawyer.