Boy, 16, dies in second fatal shooting at NYCHA’s Wagner Houses in Harlem in less than a week 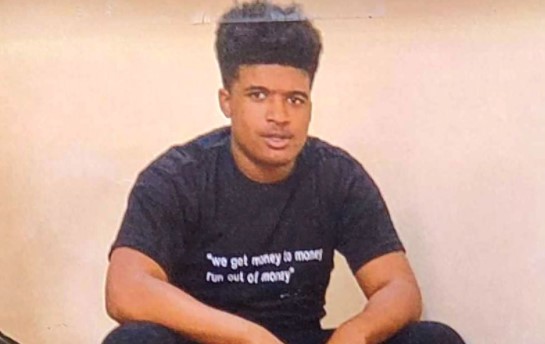 A heartfelt memorial sprouted Sunday outside a troubled Harlem NYCHA building where a 16-year-old boy was shot dead — the second slaying at the complex in less than a week.

Mourners left photos of Jamere “Benji” Chapman outside the Wagner Houses with notes reading “I love you forever Benji” and “RIP Benji” the morning after the teen was shot in the stomach Saturday on E. 124th St. near Second Ave.

Chapman’s shooting is the second slaying at the Wagner Houses since Wednesday and the third since August.

“He was a good guy, man. He’s going to be missed, man,” said one neighbor, who didn’t give his name. “I don’t understand, man. There’s a lot of people that’s just dying, man, for nothing. It’s crazy…. That’s why I just go home, man. I don’t mess around at night.”

Cops suspect the shooting was the result of a drug deal gone bad.

“He was the youngest dude on the block,” said another neighborhood resident, who learned of the teen’s death Sunday morning and came by the memorial to pay his respects. “It’s crazy.”

On Wednesday night, a gunman chased down Susakii Young, 34, and shot him in the head on a walkway next to a playground in the complex.

“Sometimes he’d be in the spirit to say, ‘What’s up, O.G.?’ But sometimes he would just be quiet.”

Young’s mother, who didn’t give her name, described him as “a very nice and warm and friendly guy, always telling jokes. A very loving person.”[More New York] Gunman opens fire at teen, killing him at Staten Island deli »

“He was murdered — that’s the bottom line,” she added.

On Aug. 4, a homeless woman was fatally stabbed on the 16th floor of one of the Wagner buildings. Jacklyn Delgado, 38, staggered down 16 flights of stairs, made it to another building, then climbed three more stories in a desperate search for help. She was a mother of three and a slam poet.

Police arrested Andre Miller, 61, who had finished his parole in September after serving 10 years for a manslaughter conviction in 2008, and charged him with murdering Delgado.