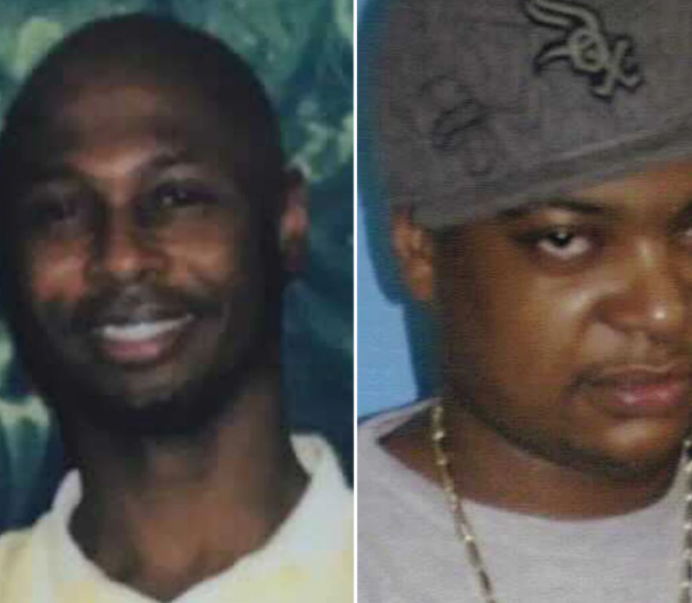 A Brooklyn man is asking a judge to overturn his decades-old murder conviction, claiming he was framed for the shooting by the testimony of the real killer — his close friend.

Anthony Sims, 45, has been locked up for more than 20 years for the 1998 shotgun slaying of 28-year-old Li Run Chen, a worker at a Chinese restaurant in Bushwick.

His motion seeking to overturn his conviction includes new claims from Rachel Lewis, an eyewitness who was on a payphone down the block at the time of the killing.

Lewis swears she saw Sims’ high-school pal Julius Graves — who testified against Sims at his 1999 trial — run from the scene with the murder weapon immediately after she heard the shot. She also said police never followed up on her tip after they told her she was wrong about what she saw.

“I heard a shot. I turned in the direction of the shot and saw Julius Graves running out of the Chinese restaurant… carrying a long gun,” said Lewis in a sworn statement last year.

Lewis, now a city sanitation worker, knew both Sims and Graves from the neighborhood.

“I’m kind of sad for [Graves]. I can only imagine the life he’s living with the guilt that was built up,” Sims said in a phone call with the Daily News from Woodbourne Correctional Facility in Sullivan County, N.Y.

But Graves still insists that Sims was the shooter.

“It was him,” Graves told The News, insisting he wasn’t upset that Sims was trying to pin the murder on him. “I have no animosity towards him. He’s doing what he’s trying to do to get out. That’s on him.”

Prosecutors said the shooting at Hing’s Kitchen on May 18, 1998 stemmed from an earlier confrontation between Sims and Chen, during which the restaurant worker pulled a handgun on Sims after he complained about receiving uncooked chicken.

Graves’ version of events is that Sims — upset about being threatened with a gun — drove Graves and two other friends to Hing’s for revenge.

Sims then carried a sawed-off shotgun into the restaurant, blasted Chen, ran back to the car and drove off, Graves said at trial.

The two other passengers, both teenagers, testified Sims jumped back into the car after the shooting with the shotgun.

Sims’ lawyers say the teens’ family connections to Graves led them to lie about what happened.

Graves admitted to taking the gun after the shooting and cleaning fingerprints off of it, but he was never charged in the case.

Lewis suggests Graves had a motive for killing Chen. She claims the restaurant worker had “grabbed and rubbed” the hand of Graves’ girlfriend the day of the shooting.

That upset Graves, Lewis says. “He [Graves] said he was going to the restaurant to scare the man,” she stated in court papers.

Get updates on the coronavirus pandemic and other news as it happens with our free breaking news email alerts.

Lewis says that shortly after the murder, when she told a detective what she saw, the detective answered that other witnesses fingered Sims, not Graves. She never heard from police again, she says.

Sims’ lawyer Thomas Hoffman says prosecutors should have told Sims’ defense team about Lewis’ statement that Graves fled the restaurant with a gun so the lawyers would have known to call her as a defense witness.

The defense also claims prosecutors cut Graves breaks in several criminal matters related to his testimony, and paid him $25,000 in cash and rent as part of the DA’s witness relocation program because of threats supposedly made against him if he testified.

“The system rewarded a killer. Rewarded him and his family. That bothered me,” Sims said of the payments. He denies any threats against Graves.

“We will respond to the motion in court,” said Oren Yaniv, a spokesman for the Brooklyn DA.