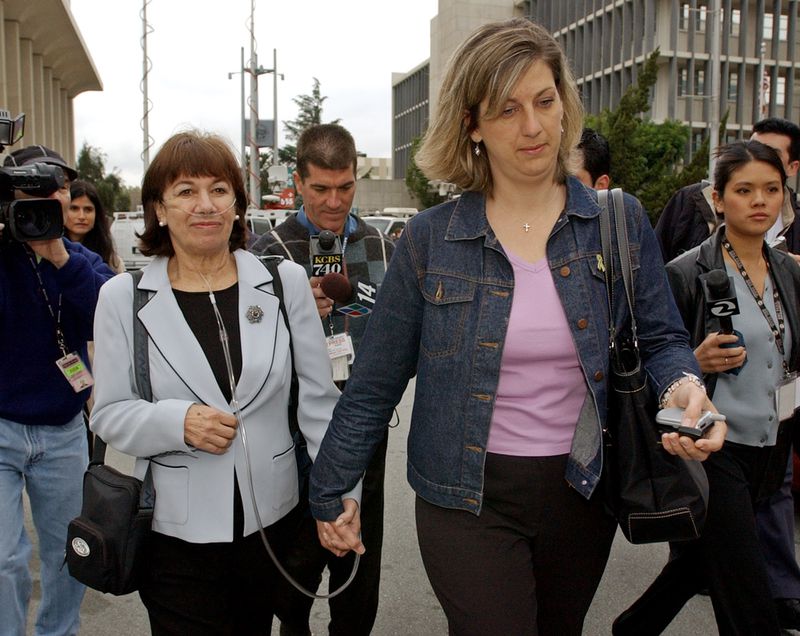 The high-profile 20-year-old conviction of a California man accused of murdering his pregnant wife and dumping her body in San Francisco Bay may yet be aired anew.

Scott Peterson, who was convicted of murdering Laci Peterson, then 27, already had his death sentence overturned by California’s highest court last summer, on allegations that there were jury selection irregularities. Prosecutors are still trying to get the penalty reinstated, even as the push continues for him to get a new trial.

Now, his sister-in-law has come forth saying she’s got evidence that could exonerate him.

“Scott did not get a fair trial,” Janey Peterson told CBS News.

Peterson, now 47, was convicted of first-degree murder for his wife’s death and second-degree murder for the death of their unborn son, Connor, following the sensational trial in November 2004, and was sentenced to death in 2005.

Laci had disappeared on Christmas Eve 2002, eight months pregnant with Connor. Their remains washed up on the shore of the bay four months later, near where Scott Peterson had said he’d gone fishing.

Prosecutors said that instead of fishing, Scott Peterson had wrapped his wife in a blue tarp after strangling or suffocating her, weighed her down with anchors and dropped her out of his boat. His attorney argued unsuccessfully that Laci had been kidnapped by strangers who had then tried to frame her husband.

The case has been remanded back to the San Mateo County Superior Court, which will determine whether he should get a new trial. Two hearings are scheduled for June.

Janey Peterson, said in court last week that the evidence she had needs to be heard by a jury.

“There is no series of circumstances that fits the evidence where he could possibly have done it,” she said over Zoom in her brother-in-law’s appeal hearing, according to KOVR-TV. “The justice system has failed here, and a lot of aspects have failed. And it started with the Modesto Police Department. And it started with the fact that they didn’t follow up on evidence that showed Laci was alive the morning of December 24.”

She alleged that neighbors saw Laci the morning she disappeared, and that a burglary across the street from the couple’s home in Modesto involving five people had only generated two interviews. Janey Peterson’s theory is that Laci Peterson caught them in the act, and they kidnapped and killed her.

Key people involved in the investigation and trial beg to differ. Amber Frey, Scott Peterson’s girlfriend at the time, has said she will testify again if his case goes to a new trial. Investigators, too, are steadfast.

“There’s nothing that has come out to change my view that Scott got a fair trial and that Scott is the one who killed Laci,” former Modesto police detective Jon Buehler told KOVR-TV on Sunday. “There’s still people that believe the Earth is flat, too.”