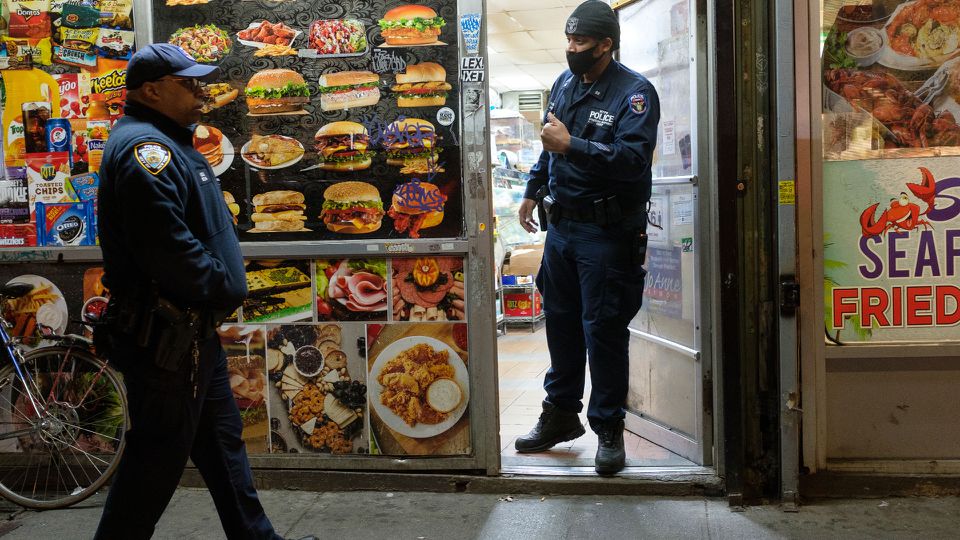 A robber who gunned down a young Brooklyn deli worker may have been a regular at the bodega and had hours earlier argued with workers over the price of a sandwich, a family friend of the victim told reporters.

The gunman, who remains at large, shot 20-year-of Fadhl Moosa in the head as he worked behind the counter of the Flatbush Deli Corp. Tuesday night. Cops released photos and video of the shooter Wednesday night.

A few hours before the horrifying attack, the gunman had bickered with a deli worker over how much he’d pay for a sandwich, then gave the store a single dollar bill before leaving, the 18-year-old family friend told reporters.

The still fuming customer returned to the Flatbush Ave. deli at Caton Ave. just after 7:30 p.m. Tuesday, armed with a gun and demanding $500, which he never got, the friend said.

“The reason why it’s dumb is because of the money thing, and the reason it gets you upset is that he did that all for money and how he reacted wasn’t right,” the friend said.

The gunman opened fire, killing Moosa instantly as he stood behind the counter, police sources said Tuesday. The gruesome attack was caught on camera, sources said.

Police initially took a person of interest into custody for questioning, but cut him loose not long afterward, cops said.

Moosa’s family friend said he spoke to the other workers in the store, who recounted how the gunman was nervous and shaking. “The guy didn’t know what he was doing, he just shot and ran away,” he said.

Moosa had a 12-year-old brother and two sisters, the family friend said. His father, who’s in Yemen, is planning to return to New York because of his son’s death.

A cousin, Rageh Al Makdani, told The News on Tuesday that Moosa was working as a cashier for about a year, after he took time off from college. “He didn’t like remote learning,” the cousin said. “He is a good, hard-working kid.”

“No one should be killed while trying to provide for their families,” he said, describing delis and bodegas as community hubs.

“A young man is lost to gun violence. We have been talking about the proliferation of guns in our community,” Adams said.

Naji Almontaser, the head of the Yemeni American Merchants Association, lamented recent crimes in the city’s delis, pointing out that many of them stayed open during the height of the pandemic and allowed customers to buy on credit.

The city has seen about a 2% uptick in murders and shootings this year as of Dec. 12, with 454 homicides and 1,498 shooting incidents.

The 70th Precinct, when Moosa’s slaying took place, appears to be bucking that trend. The precinct logged three homicides through Dec. 12 compared with nine in 2020, and 14 shootings compared with 31 last year.

Police are asking anyone with information about the shooter to call Crime Stoppers at (800) 577-TIPS.