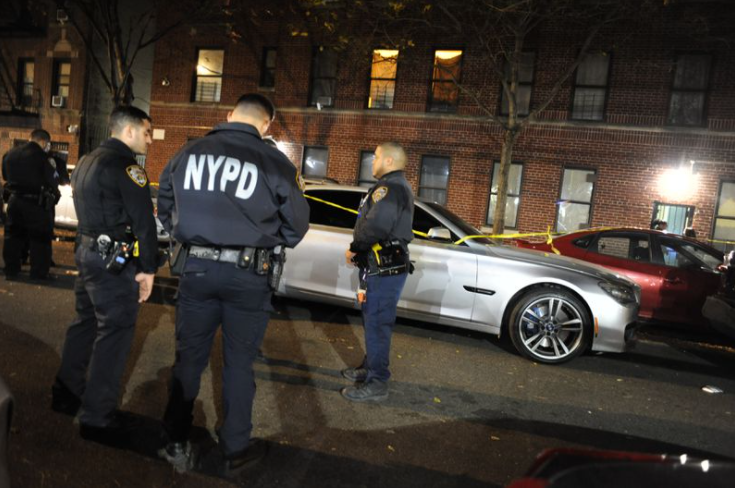 A 33-year-old man was shot dead in the Bronx early Friday during an argument with his girlfriend’s brother, police said.

“Why you disrespecting my sister?” the killer said before blasting Anthony Laster at about 12:10 a.m. inside a building on Sheridan Ave. near E. 167th St, according to the NYPD.

Officers responding to a 911 call found the victim lying face down in a first-floor hallway with bullet holes in his back, head and left arm. He also had slash wounds to his back and head, police said.

Cops are searching for the suspect, who fled the scene.

Exactly what sparked the argument was unclear. Earlier in the evening, Laster and his girlfriend had attended a party, police sources said, adding that the victim was a Bloods gang member with an arrest record, Laster lived a few blocks away on Sheridan Ave. near E. 172nd St.

It was not immediately clear if Laster’s girlfriend was present for the shooting.