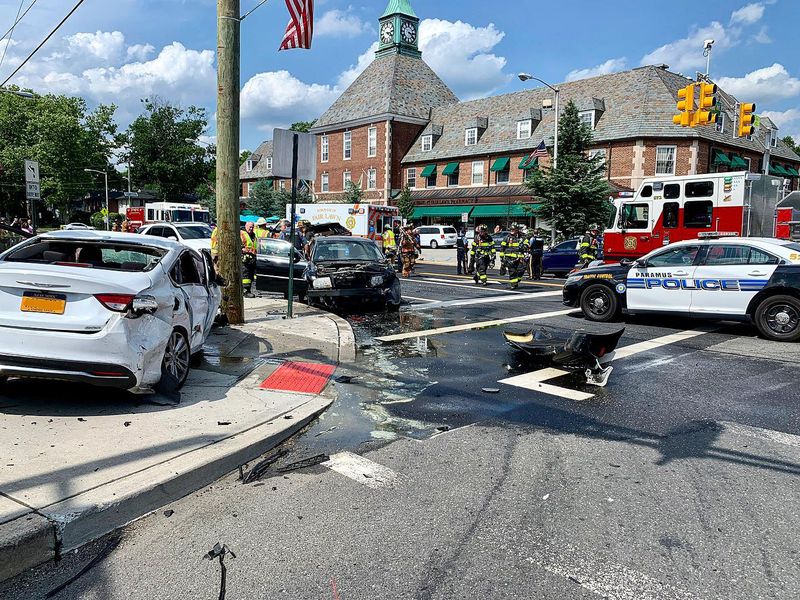 A Bronx man in a stolen car led cops on a wild chase through several towns in New Jersey that ended in a crash, authorities said.

Kenneth Barber, 32, was arrested Wednesday after the chase, which started in Paramus before coming to a smashing end in Fair Lawn.

The passenger in the stolen car, Ebony Rogers-Fields, 28, of Newark, was also arrested, police said.

The chase began in Hackensack, when police there started chasing the stolen vehicle, authorities said. Paramus police then picked up the chase as the vehicle sped along Route 4. The car exited the highway into Fair Lawn, where it stopped and cops attempted to approach the vehicle. However, cops said, the car then sped off suddenly and the chase continued.

When the vehicle reached the intersection of Plaza Rd. and Fair Lawn Ave., the car smashed into a Toyota RAV4, Fair Lawn police said Thursday.

Several other vehicles were damaged during the crash, authorities said. The 62-year-old driver of the SUV was injured, and suffered non-life threatening injuries. Two young girls were also struck in the legs by debris as they were waiting on the curb.

The two were treated at the scene, but their injuries were minor, police said.

Fair Lawn police said in a statement Thursday Barber faces several traffic-related charges such as speeding, as well as assault by auto. Police in Paramus previously announced Wednesday Barber was charged with possession of stolen property, along with various traffic violations.