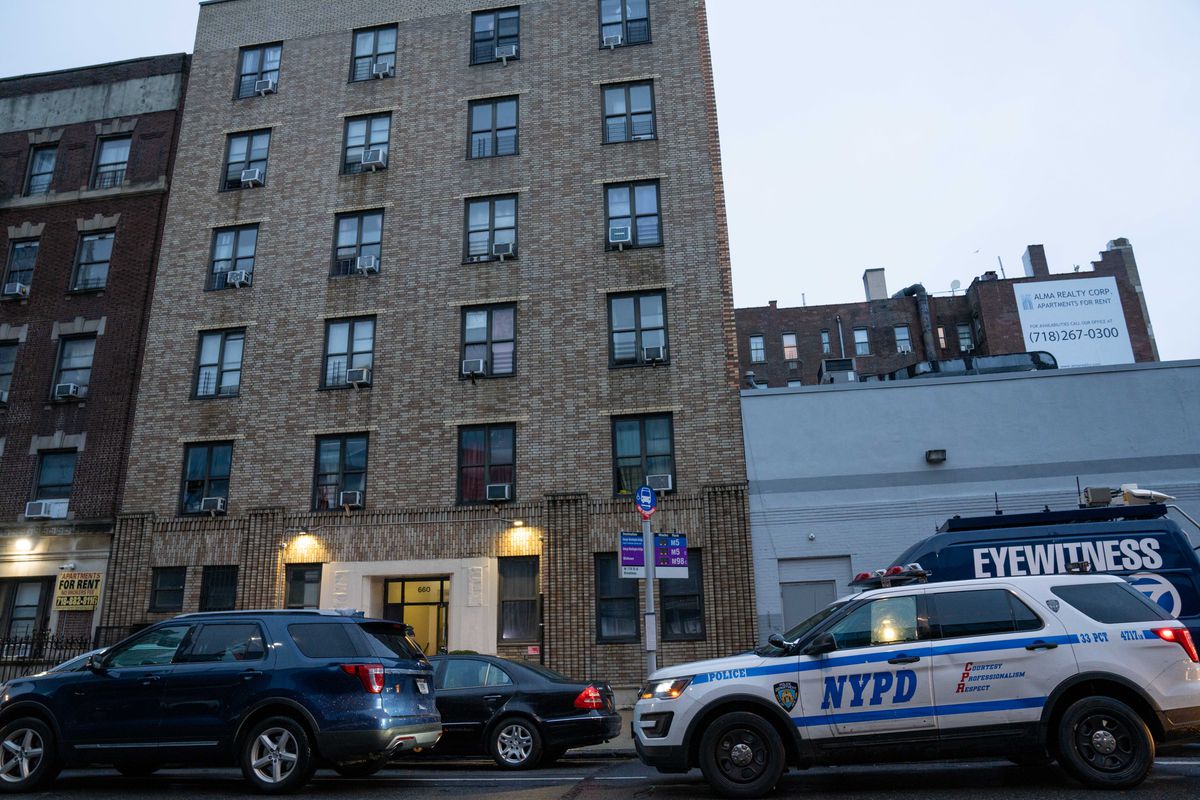 The fire erupted about 1:30 a.m. inside a rear basement apartment at 660 W. 178th St. near Wadsworth Ave. at the foot of the George Washington Bridge.

Firefighters arrived within four minutes and quickly extinguished the blaze, officials said. Little Robert Resto was found hidden under a bed inside the apartment suffering from severe burns.

The child died at the scene, officials said. The boy’s 54-year-old grandmother, also in the apartment during the fire, was taken to Jacobi Hospital, where she was treated for smoke inhalation. She was listed in serious condition Saturday morning.

FDNY fire marshals were investigating the cause of the blaze Saturday.

Scores of firefighters outraged over Mayor de Blasio’s vaccine mandate called in sick on Friday, leaving the department short staffed. As a result, several fire companies were temporarily put out of service.

The exact number of firefighters claiming sick leave was not known — but there were enough of them that Fire Commissioner Daniel Nigro blasted them in a statement.

“The excessive sick leave by a group of our Firefighters because of their anger at the vaccine mandate for all city employees is unacceptable, contrary to their oaths to serve, and may endanger the lives of New Yorkers,” Nigro said.

“Despite these actions by some, the Department will continue to respond to all calls for help that come our way,” the commissioner added.

The first company to respond to the W. 178th St. fire, Ladder 45, was not affected by the sick outs and had rescued two people from another fire Friday afternoon, an FDNY source said.

Meanwhile, six on-duty firefighters from Brooklyn’s Ladder 113 firehouse were suspended without pay Friday after they visited the office of Brooklyn State Sen. Zellnor Myrie, claiming that “blood will be on (his) hands) when the vaccine mandate goes into effect, even though he had nothing to do with the citywide order.

As of Friday night, 72% of firefighters and 84% of emergency medical technicians and paramedics had been given at least one dose of the COVID vaccine.

By Monday, FDNY employees who have not gotten their first life-saving jab will be sent home without pay, officials said.

Opposition to the vaccine mandate led to massive protests in Manhattan on Monday and on Thursday, when scores of unvaccinated city workers rallied outside of Gracie Mansion.

Earlier in the week, the FDNY predicted that 20% of city firehouses will have to be closed if not enough firefighters were vaccinated. As of Friday, FDNY officials were still expecting that at least six firehouses would need to be temporarily shuttered.