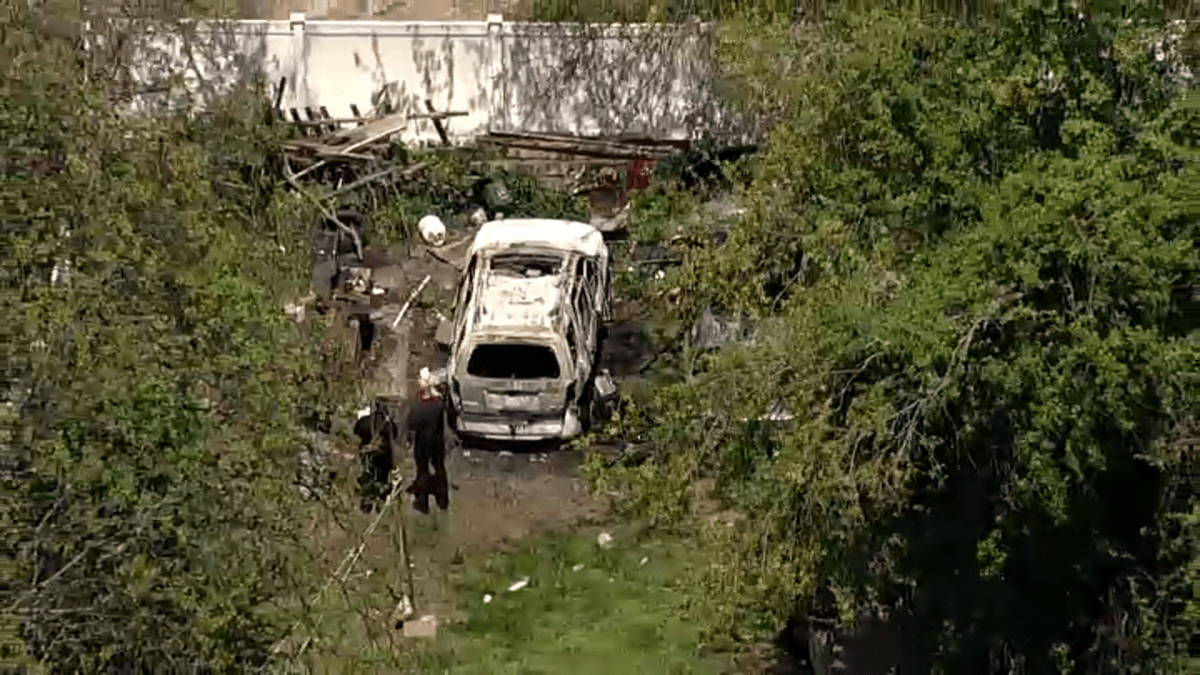 A body was found in a vehicle that caught fire in a woody area outside a home on Long Island Friday, a source with knowledge of the investigation tells News 4.

Police responded to the scene on East Seaman Avenue in Freeport after getting a call about the case before noon. The vicinity was closed off to assist with the probe.

Kenneth Gonzalez felt the car exploding from his home next door. His dad Wilfredo heard it while working outside.

“It was very scary, the house shook. And then while we were waiting for the fire department [the SUV] exploded again,” Gonzalez said.

The flames from the SUV reached as high as the home’s rooftop, one neighbor said. Firefighters were able to get the fire out quickly, but that’s when they located the body inside.

Neighbors say five people live in the home in whose yard the SUV burned.

Homicide detectives from Nassau County spent much of the afternoon trying to unravel the mystery.

No details on the person found inside the car or a potential cause of death for the individual were immediately available. The investigation is ongoing.