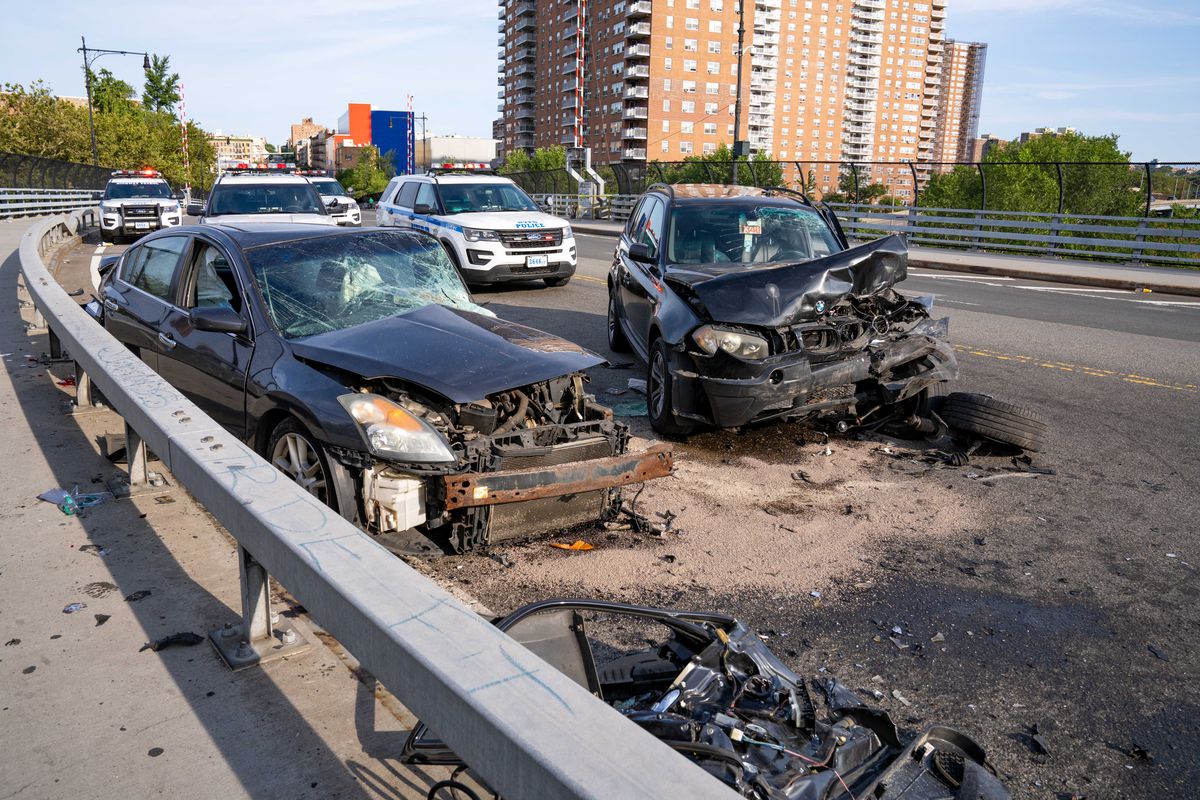 A BMW driver tossed a gun off a Harlem bridge after swerving out of his lane early Sunday and getting into a head-on crash that left the other motorist in critical condition, police said.

The 34-year-old driver was headed to Manhattan from the Bronx on the 145th St. Bridge when he veered out of his lane and slammed into a Nissan Altima traveling the opposite direction about 6:45 a.m., police said. The front ends of both cars were demolished by the impact.

The BMW driver then ditched a gun he had in his car by throwing it off the bridge into the Harlem River, cops said.

The 24-year-old driver of the Nissan was rushed to Harlem Hospital in critical condition, police said. He had no passengers.

NYPD harbor unit scuba divers recovered the gun from the river. The BMW driver was was taken to Harlem Hospital for minor injuries, cops said. Charges against him were pending.

A 30-year-old woman and a 31-year-old man who were riding in the BMW were also taken into police custody as cops worked to determine who the gun belonged to.