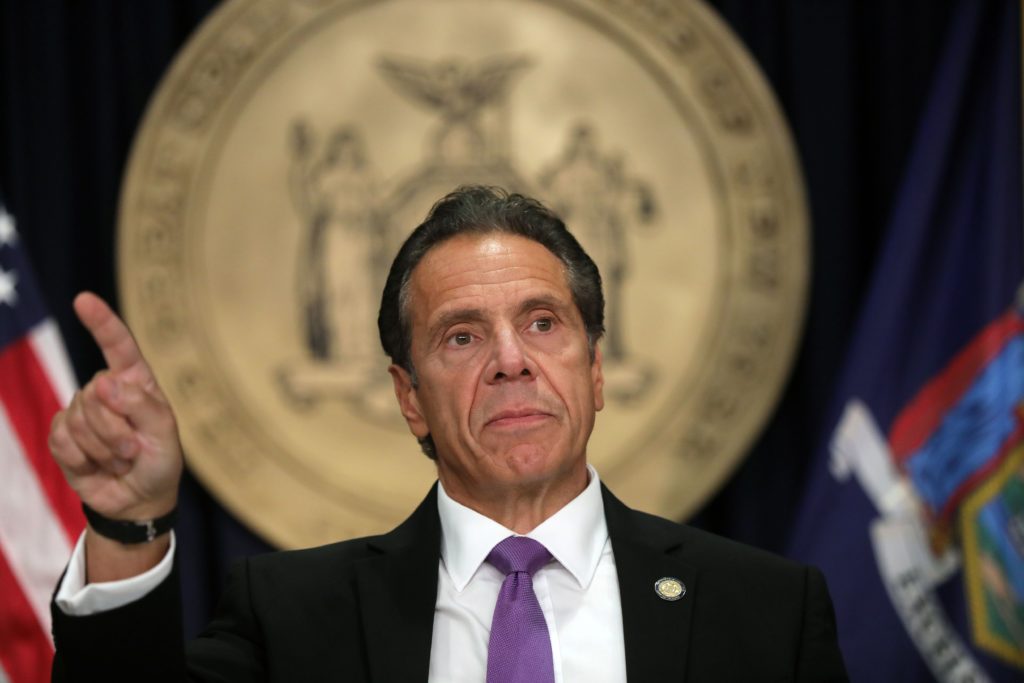 A former adviser to Gov. Cuomo accused him of sexually harassing her “for years.”

Lindsey Boylan, who is running for Manhattan borough president, made the bombshell accusation via Twitter on Sunday.

“Yes, @NYGovCuomo sexually harassed me for years,” she wrote. “Many saw it, and watched. I could never anticipate what to expect: would I be grilled on my work (which was very good) or harassed about my looks. Or would it be both in the same conversation? This was the way for years.

“Not knowing what to expect [was] the most upsetting part aside from knowing that no one would do a damn thing even when they saw it. No one,” Borylan added. “And I *know* I am not the only woman.”

Cuomo’s office rejected the allegations, which came as the governor was reportedly under consideration to become President-elect Joe Biden’s attorney general.

“There is simply no truth to these claims,” Cuomo spokeswoman Caitlin Girouard said in an email.

Boylan spent more than four years working for Cuomo, rising to deputy secretary for economic development and special adviser to the governor in 2018, according to her LinkedIn profile.

Her Sunday Twitter thread started by recounting harassment her mother endured while Boylan was still in high school.

“My first experience of workplace sexual harassment was when my mom got her first real office job,” Boylan tweeted. “She was so excited to be taken ‘seriously.’ Her bossed [sic] isolated her and kissed her. She never had that type of job again.

“It was then how I learned how hard it is for women,” she continued. “How hard this world can be for us when we are trying to be taken seriously and help our community. How easily jerks can destroy the lives of women.

“I promised myself I would never let those kind of guys win,” Boylan stated. “I would work hard my whole life to put myself in positions of power to change things. To end the violence & corruption. Give voice to the voiceless. I am not stopping. I refuse. I will never give up.”

Boylan also tweeted, “I have no interest in talking to journalists” and did not immediately answer an inquiry.

She is running in the competitive 2021 Democratic primary for Manhattan borough president. Earlier this year, she unsuccessfully challenged Rep. Jerrold Nadler (D-Manhattan, Brooklyn) for his seat.

She previously tweeted that working for Cuomo marked the “most toxic team environment” she’d ever been a part of.