Biden seizes the lead from Trump in the Pennsylvania vote count 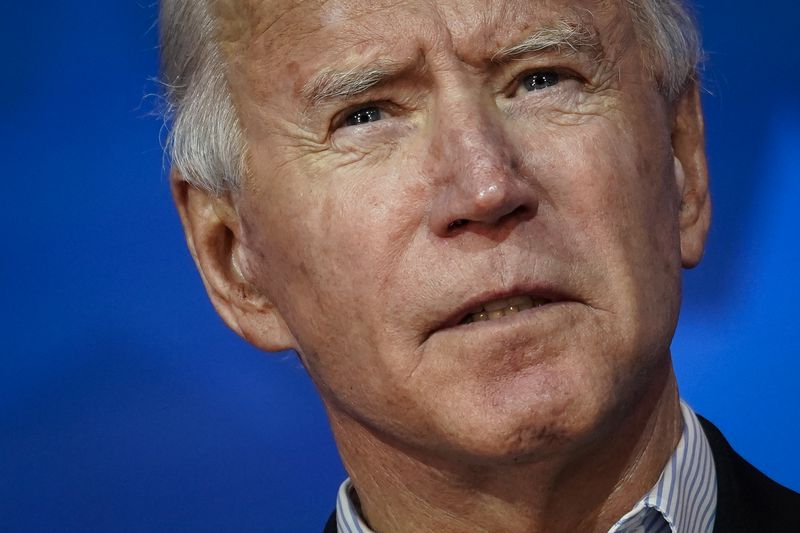 Democratic nominee Joe Biden’s path to the White House came into clear focus Friday as the former vice president took the lead by 5,000 votes over President Trump in decisive Pennsylvania on day four of the ballot count.

The Scranton-born Biden, who trailed by hundreds of thousands of votes in his home state, surged into the lead as mail-in ballots were tallied from across the state. An influx of Philadelphia votes boosted Biden past Trump, whose campaign has already filed lawsuits in Pennsylvania over the vote.

Biden leapfrogged the president as 31,000 votes from Philadelphia were counted. Pennsylvania election officials hoped to finish the count later in the day Friday.

The president’s campaign issued a statement shortly after the new vote totals were announced, insisting “this election is not over” and denouncing “the false projection” of Biden as the winner.

“There were many irregularities in Pennsylvania, including having election officials prevent our volunteer legal observers from having meaningful access to vote counting locations,” alleged Matt Morgan, Trump 2020 campaign general counsel. “We prevailed in court on our challenge, but were deprived of valuable time and denied the transparency we are entitled to under state law.”

Morgan also questioned the legitimacy of mail-in votes in Nevada and predicted a Trump win in Arizona, where Biden remained in the lead.

“Once the election is final, President Trump will be re-elected,” he added.