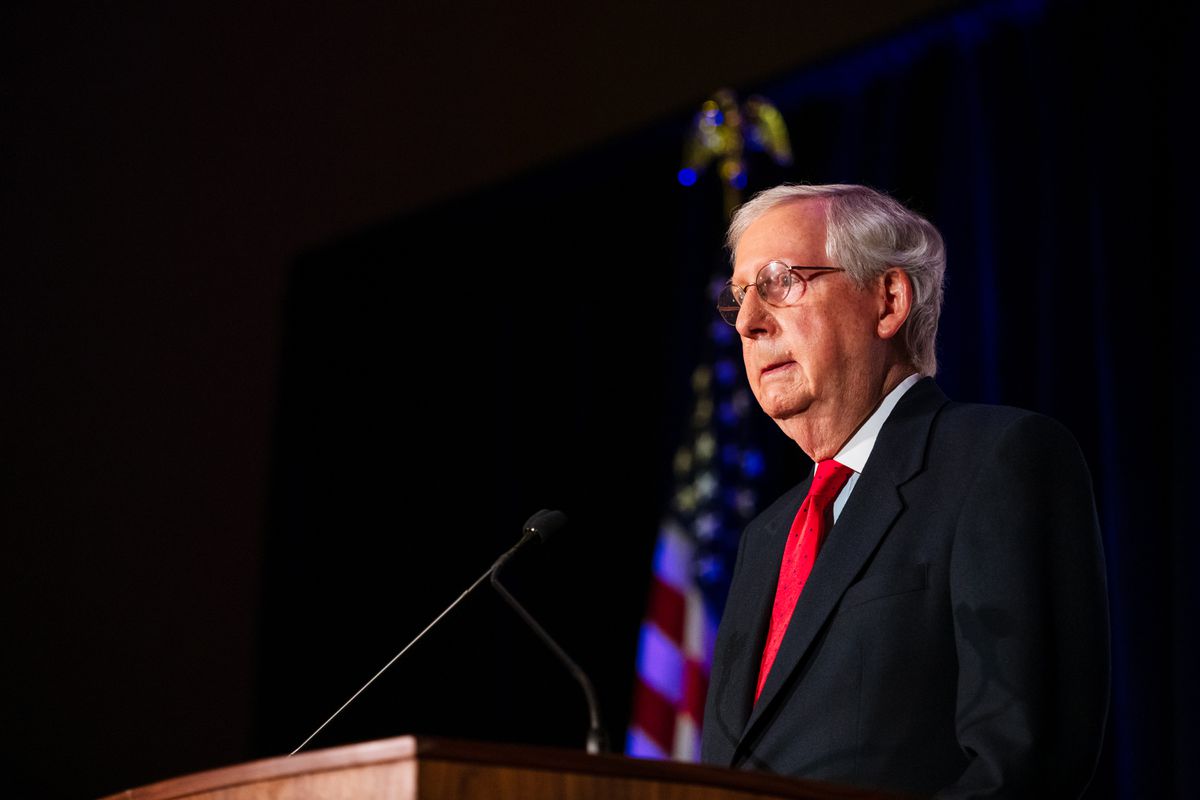 Senate Majority Leader Mitch McConnell doesn’t know if he’s a quarterback or a defensive lineman in the U.S. Senate.

The powerful Republican from Kentucky who won re-election Tuesday night conceded that it wasn’t clear Wednesday whether Republicans would keep control of the crucial chamber with several races still uncalled.

Both Senate races in battleground Georgia looked likely to go to run-offs in January, races that could potentially determine control of the Senate.

Republicans held a 53-47 majority going into the election.

Democrats flipped Senate seats in Colorado and Arizona. Republicans won back a seat in Alabama from Democrats.

McConnell won his own race in a romp and Sen. Lindsey Graham (R-S.C.) turned back a closely watched challenge to win another term.

In battleground Michigan, Sen. Peters (D-Mich.) trailed challenger John James, but the Democrat was rapidly making up ground as mail-in ballots are added to the count.