Bicyclist struck and killed by MTA bus in Laurelton, Queens  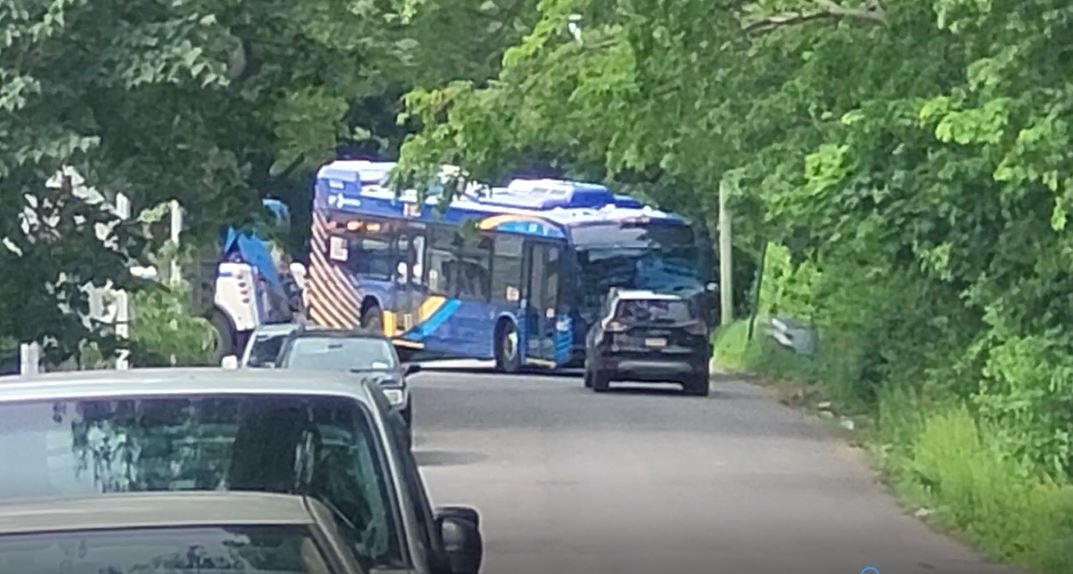 A bicyclist was struck and killed by an MTA bus Saturday in Queens.

Police said the collision happened just before 10:40 a.m. near the intersection of 128th Avenue and 238th Street in Laurelton.

Responding officer saw a man lying unconscious with injuries to his head and body and he was pronounced dead at the scene.

According to a preliminary police investigation, the bus was traveling southbound on 238th Street when it struck the bicycle which was traveling eastbound on 128th Avenue.

Video from the scene appears to show the bike having some sort of motor attached to it.

The 59-year-old male bus driver remained at the scene and the investigation is ongoing.

“This was a tragic incident and we are cooperating with the NYPD’s Collision Investigation Squad, which is in early stages of its review and will determine the facts,” Frank Annicaro, Acting President, MTA Bus Company and SVP, NYC Transit Department of Buses said in a statement.