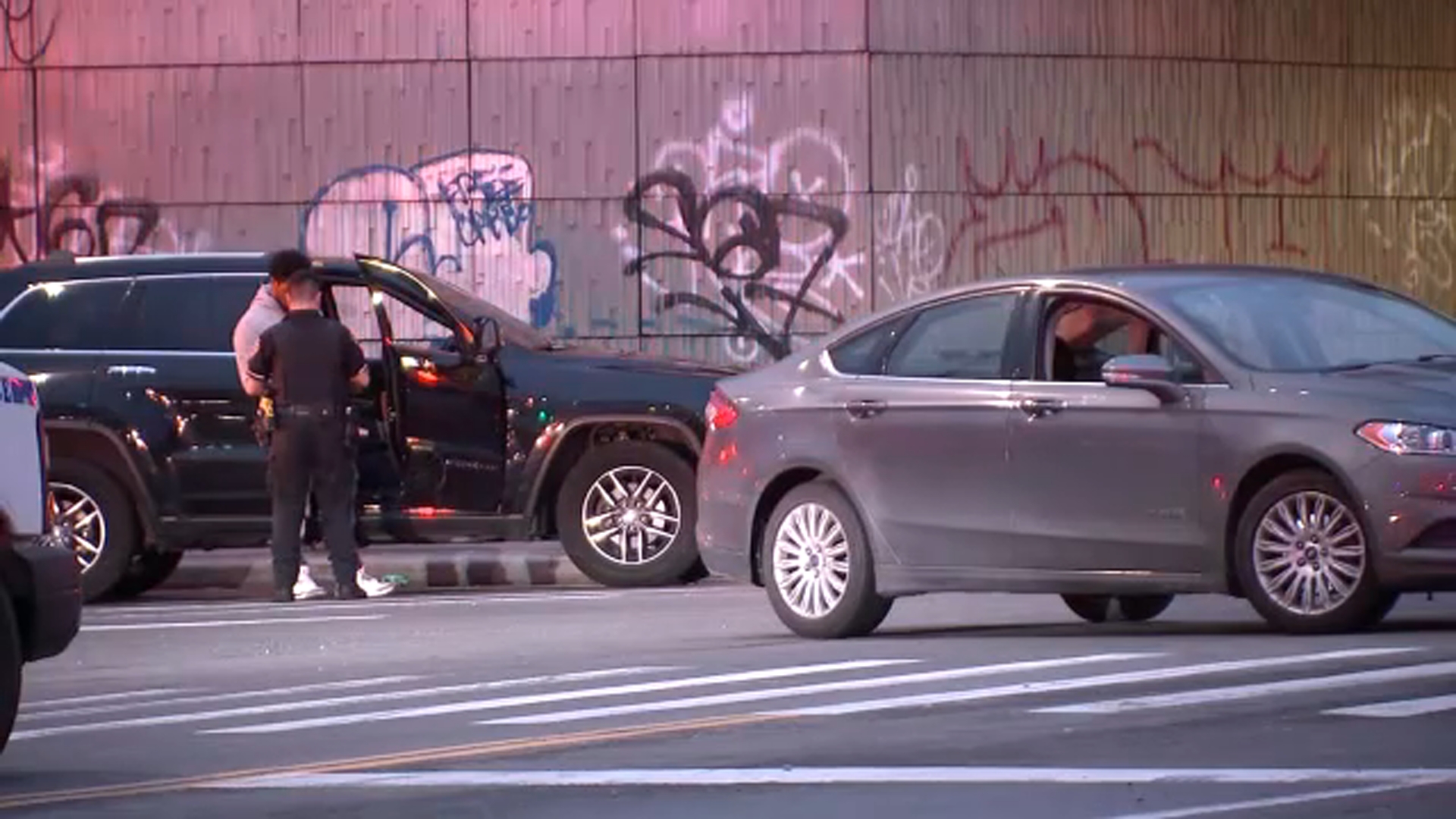 Police shot the driver of a vehicle in Brooklyn early Saturday after an officer was struck by the car.

Police said officers responded to a 911 call reporting shots fired around 3:55 a.m. near the intersection of Broadway and Lorimer Street in the East Williamsburg section.

When they arrived, they saw three vehicles run a red light as they sped off.

Minutes later, they came upon three cars near the intersection of Vandervoort and Meeker Avenues that appeared to have been involved in an accident.

Two officers approached a white Honda CRV, one of them stood in front of the car, and requested that the driver turn the vehicle off and for the driver and a passenger to get out of the car.

Instead the driver stepped on the gas and hit the officer who was standing in front of the car.

That’s when the officers opened fire, firing three shots into the vehicle.

Roughly 20 minutes later, a 21-year-old man, who police believe was the driver of the Honda, arrived at Wyckoff Hospital suffering from a gunshot wound to his chest.

Police are still searching for the Honda as well as a dark-colored BMW.

Police are investigating both scenes as well as a club that may have been involved.

The officer was struck in the leg and “thrown across the street,” according to police.

A second officer suffered an injury to their hand.