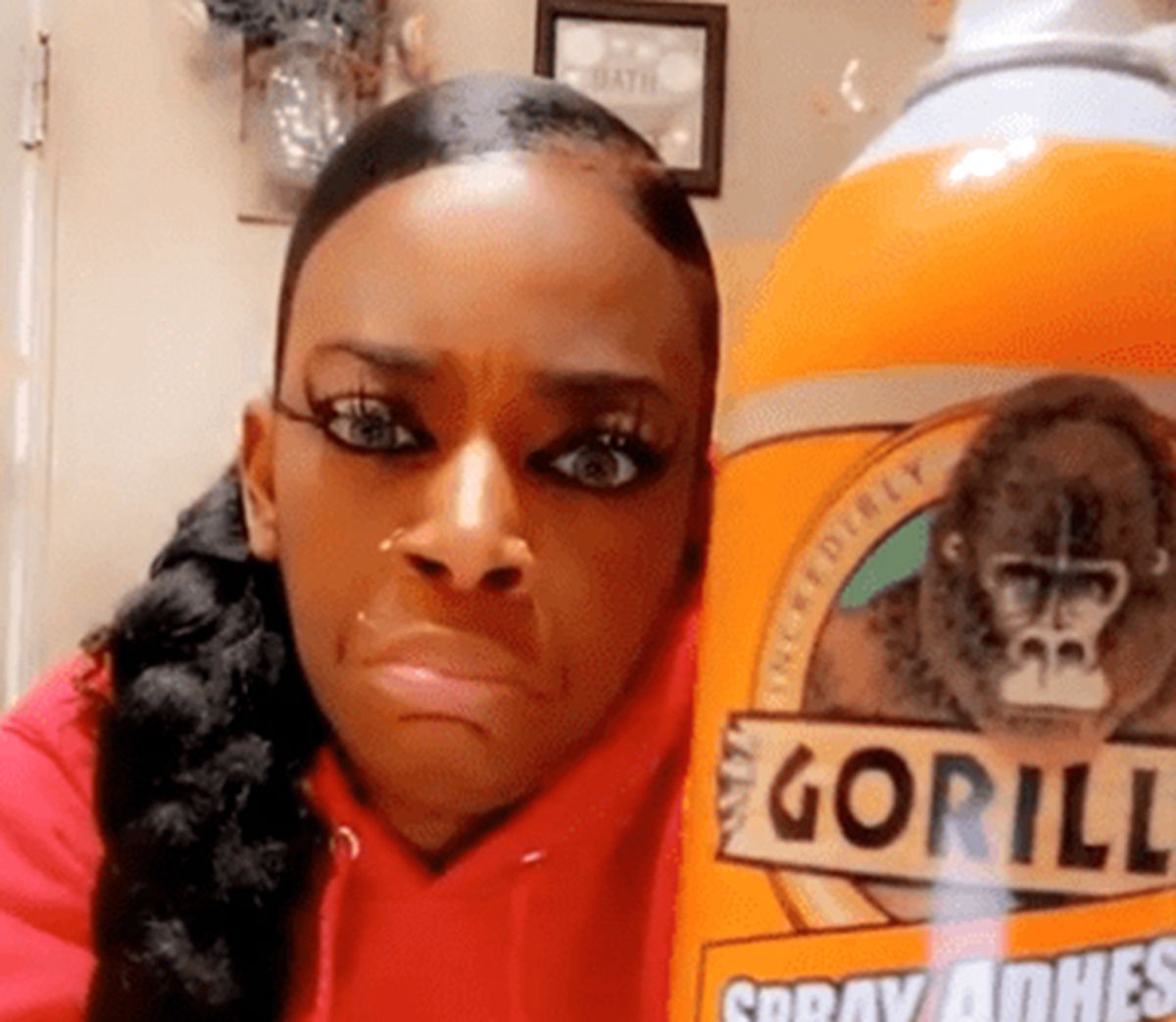 Tessica Brown, whose travails getting Gorilla Glue out of her hair have become the latest stuff of internet legend, may have a savior.

Beverly Hills plastic surgeon Dr. Michael K. Obeng has stepped up and offered to de-glue her hair for free, his office confirmed to the Daily News on Tuesday.

Brown, 40, first came to notice earlier this month, when she went on TikTok and Instagram with a video explaining that she had grabbed a bottle of Gorilla Glue spray adhesive when she ran out of her sanctioned hair product. The goal was to sleek down the hair on her head to anchor the stunning ponytail flowing down her back, laying straight edges to frame her face.

And it worked – too well. When Brown posted last week, she had been unable to get the glue out a month later. Her hair was shellacked to her scalp. A hospital emergency room was not up to the task, and neither was acetone applied by her sister and chronicled on YouTube. It burned too much.

This left Brown stuck, in every sense of the term.

Enter Obeng, who intends to put together his own concoction to dissolve the stubborn adhesive, building on his background in chemistry, a spokesperson told The News.

That would not be out of character for Obeng, who in 2008 founded and still helms the Foundation for Reconstructive Surgery, whose acronym R.E.S.T.O.R.E. stands for Restoring Emotional Stability Through Outstanding Reconstructive Efforts. Restore brings reconstructive surgery to the areas of developing countries where it is not normally available.

While Brown’s plight has drawn a smattering of ridicule, the overwhelming response has been sympathetic and supportive. Indeed, a number of commenters on GoFundMe have noted their own product gaffes, allowing as how those could easily have gone just as horribly wrong.

Still others noted the focus that often falls on Black hair – one generally dictated by white versions of social norms and beauty – that politicizes natural hairstyles, and women’s in particular.

It has given rise to measures such as the Crown Act, a pushback against those who would have a problem with anything but straight, flowing hair. That was highlighted last year when “Hair Love,” about a Black man’s learning curve in styling his daughter’s tresses, won an Oscar for best animated short film.

“If we’re honest, most sisters have storied journeys with our hair,” wrote Candice Benbow for Essence, describing what pulled at the heartstrings of those who now feel invested in Brown’s healing. “We can look back at pictures from days long gone and remember when we fried it, dyed it and laid it to the side. We can chronicle the styles that were cute but entirely too heavy on our heads and cared nothing for the health of our follicles. The relationship Black women have with our hair has always been a complicated one.”

Or, as Nadia E. Brown of The Grio put it, “The attention that Brown’s story received is yet another example that for Black women, hair is not simply hair.”

Brown is thinking of taking legal action against the company, according to some reports. Gorilla Glue has expressed its condolences and noted that hair is one of the areas most decidedly not amenable to application.