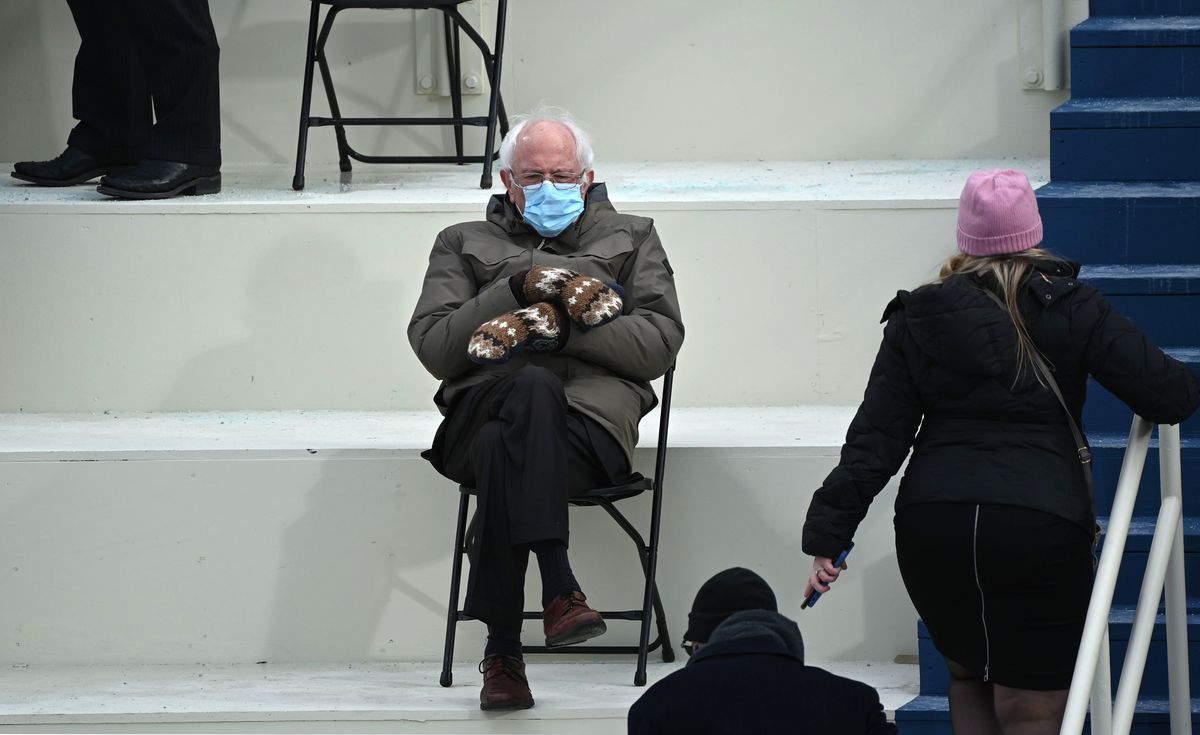 Vermont borders Canada, so it’s perhaps no surprise that Sen. Bernie Sanders and his mittens have dropped in on Canadian Prime Minister Justin Trudeau.

Having spawned a flurry of memes in his buttoned-up coat and giant mittens at President Biden’s inauguration last week, the senator — a former presidential candidate himself — has captured imaginations worldwide as memes have popped up placing Sanders just about everywhere.

Sanders and his mittens have proliferated across the internet, appearing everywhere from the New York City subway to scenes from “Sex and the City” and “The Golden Girls.”

On Sunday he made an “appearance” on the porch of Rideau Cottage, where Trudeau and his family live, during the prime minister’s daily briefing.

“It was one thing when my son crashed my press conference a month or so ago, but this…” Trudeau tweeted Sunday, joining in on the fun while delivering a somber message about the rise of coronavirus cases. “Now is not the time to travel. Stay home — and by that, I mean your own home.”

Trudeau was referring to a press conference that captivated Canadians in November, when the face of one of his sons suddenly appeared behind him as he delivered news about the nation’s coronavirus vaccination plan.

For Sanders, it’s all in good fun. He’s fanning the fame flames to sell merch and generate income that will be donated to Meals on Wheels and to struggling seniors.