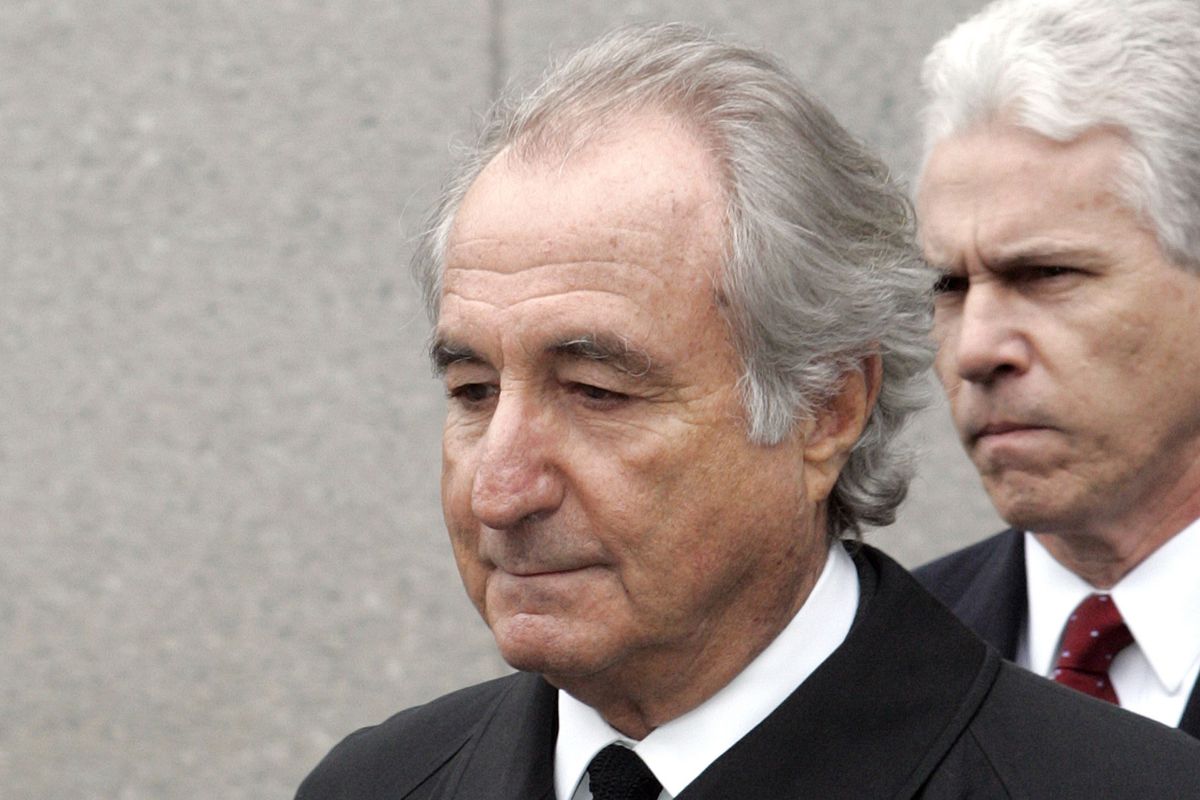 The architect behind the massive Ponzi scheme that brought misery to so many suffered a long and lonely demise, according to a chilling report that shows Bernie Madoff lost toes, teeth and even his mind before dying on April 14.

Citing prison records obtained through the Freedom of Information Act, MarketWatch reports that eight days before his death, the 82-year-old fraudster drew a nurse to his federal prison hospital cell where he was screaming “Help! I hate this f—ing place!”

He had been in prison for more than 11 years on account of swindling investors out of roughly $18 billion dating back to at least the early 1990s.

“F–k them!” Madoff told his nurse when informed he would awaken other inmates.

Confused and agitated, Madoff reportedly said “no one is respecting me or doing anything” and that he couldn’t “believe they are doing this to me!” though it was unclear who or what he was referring to at the time.

He then grew quiet and sat on the edge of the bed with his face in his hands.

According to the report, Madoff spent his final 17 months life in hospice care before kidney failure killed him. Toward the end of that stretch, he had two toes amputated because of gangrene and had lost eight teeth. Madoff depended on a wheelchair and oxygen tanks and was also receiving dialysis treatments, which he sometimes declined. A severe coronary artery disease rendered him barely able to walk for any substantial amount of time. He was, however, vaccinated against COVID-19 at the start of the year.

Madoff, serving a 150-year sentence, applied for early release in 2019 on account of his failing health. He’d hoped to stay with an unidentified associate in Baltimore and be treated at Johns Hopkins University Hospital. That application was blocked on more than one occasion, in part because of the severity of his heinous actions.

A judge finally rejected the request altogether, noting the crooked investor “never fully accepted responsibility for his actions and that he even faults his victims.”

Madoff’s lawyer argued that his client’s irreversibly poor health should have allowed him to spend his final days outside the prison system.

More than 500 victims wrote letters urging a judge to show no mercy on Madoff in terms of sentence leniency.

Madoff was described as a difficult medical patient since being incarcerated at the age of 71, stubbornly refusing medical treatment and missing appointments. In his final weeks, Madoff’s mental health reportedly saw a steep decline. He told a correction’s officer that he’d seen a bird in that person’s pocket. Madoff, who was taking methadone to ease his pain, admitted to doctors that he was “feeling crazy” and expressed a feeling of general apathy. His communications were not coherent. He was found lifeless at 3:10 a.m. on April 14 and declared dead less than 20 minutes later.

Investigators say they have recovered $14.5 billion of the money Madoff is accused of hiding. On paper, the Queens native claimed $65 billion in fictional profits.

He is survived by his wife Ruth, who left New York City when her husband’s scandal became public and was last known to be living a quiet life in Connecticut. In 2011, Ruth claimed she and her fraudster husband considered suicide as the walls were closing in on him. Madoff reportedly signed a do-not-resuscitate order a couple days prior to his death.