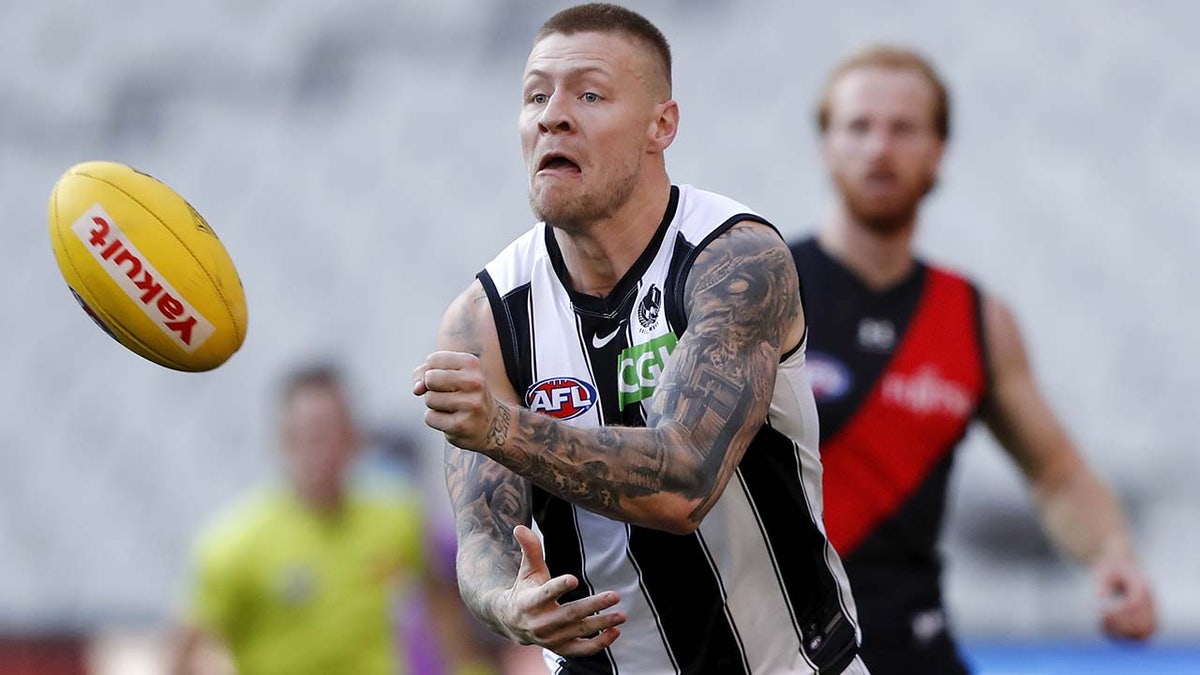 An Australian football star once accused of indecent assault in Melbourne was kicked into a Manhattan holding cell early Saturday for groping a woman and attacking the woman’s friend at a nightclub atop a Chelsea hotel, police sources said.

Jordan De Goey, 25, a forward for the Collingwood Football Club in Melbourne, was partying at the PHD Rooftop Lounge at the Dream Hotel on W. 16th St. about 2:20 a.m. when he and his friend Luke Dyson approached a woman on the dance floor, cops said.

As they began dancing with her, the two groped the woman, outraging a 37-year-old man with her, police said.

When he tried to push the two blonde-haired, 6-foot plus Aussies away, Dyson, a 28-year-old tattoo artist, struck him in the face with a glass bottle, splitting his lip, police said. The two men then pounded on the man, who was visiting New York from Cambridge Mass., before returning to the bar.

The woman called 911 and De Goey and Dyson were taken into custody, cops said.

Both men, who were staying at the Dream Hotel, are charged with forcible touching and assault, police said.

De Goey was drafted into the Collingwood Football Club, known as the Magpies, in 2014.

In 2018, he was accused of indecent assault after a woman claimed that he and his friend sexually assaulted her.

Prosecutors withdrew the indecent assault charge in August, according to The Age, a Melbourne newspaper. Police were ordered to pay De Goey’s legal costs.

His arraignment on the new sexual assault charges in Manhattan Criminal Court was pending Saturday.