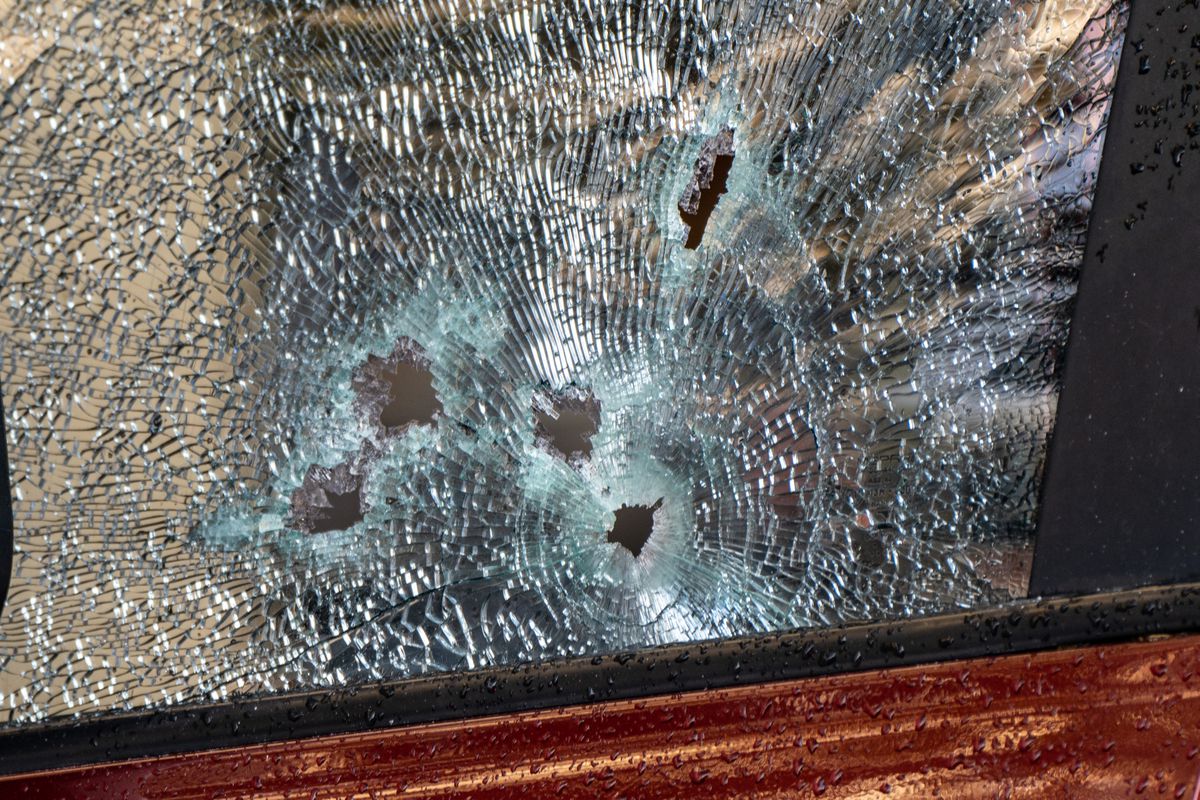 Notorious drug lord-turned-federal witness Alberto “Alpo” Martinez was gunned down by a killer who opened fire on his truck on a Harlem street Sunday morning, police sources said.

Martinez, 55, was behind the wheel of a Dodge Ram on Frederick Douglass Blvd. near W. 152nd St. when several gunshots exploded through his driver’s side window just after 3:20 a.m., police sources said.

Word of the rubout sparked a celebration from the family of Rich Porter, Martinez’s business partner and best friend who he notoriously shot to death in 1990.

Porter’s family was celebrating in the streets of Harlem with champagne Sunday.

“We waited for a long time for this day to come and we are happy. That’s why we’re out here celebrating, drinking champagne,” a 37-year-old niece of Porter’s who gave her name only as Lorell said as she poured herself more bubbly into a fancy glass. “Everybody’s reaction right now is celebrating. It’s a celebration for Harlem, period. Not even my family.”

Word of his demise drew shocked neighbors to the scene throughout the day Sunday.

“Alpo finally got caught slipping,” one passerby said. “They shot him in the f—ing face. They finally got that rat.”

“I don’t want anyone to be hurt,” another neighborhood resident told the Daily News, declining to give her name. “But if you hear the whole situation with Alpo, it’s like, damn, now y’all getting to it.”

A group of about six people, believed to be his relatives, showed up at the scene Sunday morning.

“No, God, why!” one woman in the group said, as she collapsed onto the hood of a car, weeping.

“You motherf—ers happy now?” a man in the group yelled.

Police found Martinez gasping for air in the truck, shot six times in his arm and once in his chest, sources said. He also had a graze wound on the left side of his chin.

Medics rushed him to Harlem Hospital, but he couldn’t be saved. Cops have made no immediate arrests.

Martinez was a controversial figure on the streets of Harlem after he testified against underlings in his murderous drug-trafficking ring to avoid a life sentence — including his enforcer, Wayne Perry, who took a life sentence to avoid the death penalty in 1994, according to coverage from the Washington Post.

Martinez was released into a witness protection program in 2015 and was awaiting a new identity, Don Diva magazine reported. Even so, he surfaced in 2019 in Harlem, talking to a crowd of people on the street, video posted on Instagram shows.

Police identified the victim Sunday as Abraham Rodriguez, of Lewiston, Maine. That name may have been given to him as part of his witness protection program. A high-ranking police source confirmed the victim was actually Alpo.

But Martinez hardly kept a low profile after his release into witness protection. In a 2019 clip on YouTube he discussed killing his best friend Porter.