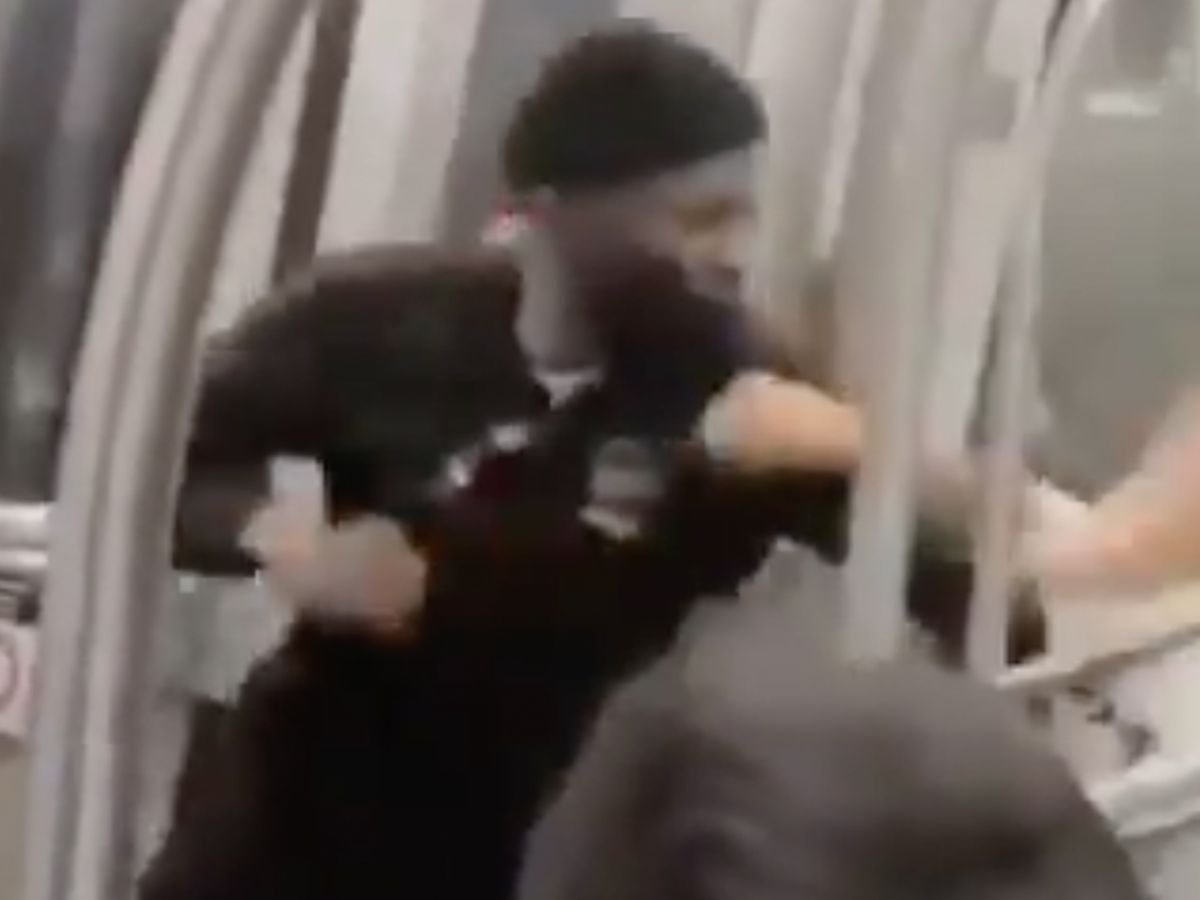 An Asian man was beaten senseless by a stranger on a Brooklyn subway train, and the NYPD’s Hate Crime Task Force is investigating, authorities said Monday.

The caught-on-video clash apparently erupted on a Manhattan-bound J train near the Kosciuszko St. station on the border of Bushwick and Bedford-Stuyvesant. It wasn’t immediately clear when the attack occurred.

The victim, who appears to be in his early 20s, holds his own for a few seconds before being overwhelmed by his attacker, who rains down punch after punch before putting the victim in a chokehold, cell phone video posted online shows.

“He’s sleeping,” a bystander can be heard yelling after the victim appears to lose consciousness.

No one tried to stop the assault, but multiple straphangers yelled out for the assailant to stop.

A witness at the end of the minutelong video can be heard claiming the victim called the suspect the N-word.

The city has been rocked by nearly 30 hate crimes against Asians so far this year.