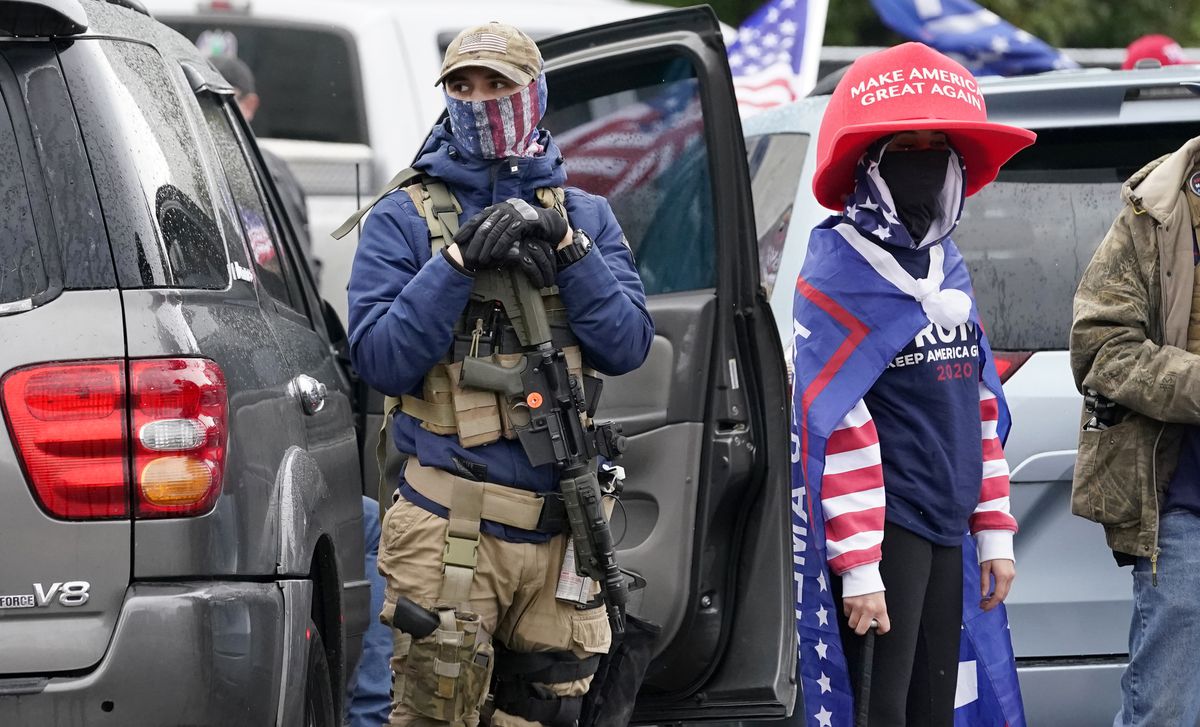 Around 200 pro-President Trump demonstrators, some of them openly carrying guns, gathered outside the Oregon state capital building in Salem to protest the presidential election results Saturday.

The Trump supporters assaulted at least one cameraman and pepper-sprayed a woman, while police struggled to contain the rally, the Portland Tribune reported. They were met with counterprotesters and punched one in the face.

Multiple scuffles broke out, according to Oregon Public Broadcasting. Cops did not declare an unlawful assembly.

Perkins challenged Democratic senator Jeff Merkley but got less than 40% of the vote. She vowed to run again in 2022, according to the Portland Tribune.

Before and after losing the election, Trump has lied several times about the results. He’s encouraged his supporters to ignore the votes as well, with right-wingers across the nation heeding his call.