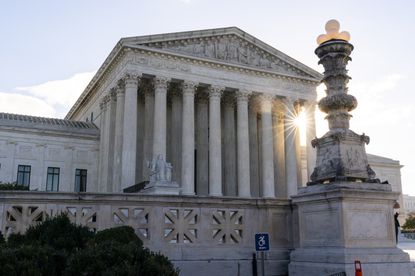 Chief Justice John Roberts and Justice Brett Kavanaugh — who are part of the court’s 6-3 conservative majority — hinted during two hours of opening arguments that they weren’t convinced by the administration’s claim that the entire law known as Obamacare should be eradicated because Congress scrapped an aspect of it known as the individual mandate in 2017.

If Roberts and Kavanaugh were to rule accordingly, Obamacare will likely remain intact, as the two justices would form a majority with the court’s three liberal justices, who are all but certain to vote to uphold the law.

If Obamacare were to be struck by down, more than 20 million Americans would lose their health insurance as the nation continues to reel from the COVID-19 pandemic. The law’s popular protection for pre-existing conditions would also be erased — a provision that currently benefits more than 130 million Americans.

Roberts, the court’s only reliable swing vote on politically-charged issues, suggested he’d be in favor of keeping the bulk of the law in place while officially rescinding the now-toothless individual mandate, which penalized people for not obtaining health insurance.

Kavanaugh made a similar point.

“It does seem fairly clear that the proper remedy would be to sever the mandate provision and leave the rest of the act in place,” said Kavanaugh, who’s one of three justices appointed by President Trump.

The court’s other Trump-appointed members, including newly-seated Justice Amy Coney Barrett, did not give any hints about their opinions during the first round of arguments.

Obamacare’s individual mandate still exists, but Congress erased the financial penalty attached to it when it passed President Trump’s signature tax cuts in 2017.

The challenge under consideration by the Supreme Court was brought by 18 Republican attorneys general with backing from Trump’s administration.

Twenty Democrat-led states, including New York, are defending the law, arguing that it is constitutional because the individual mandate penalty no longer exists.

The law has withstood two previous Supreme Court challenges and several attempts by congressional Republicans to repeal it through legislation.

Trump, who lost last week’s presidential election to Joe Biden, campaigned in 2016 on a promise to immediately repeal and replace Obamacare upon taking office. Four years later, Trump has yet to even release a replacement proposal.

Biden, who helped design Obamacare during his time as vice president, was expected to deliver remarks Tuesday afternoon from Delaware on his plans to expand the health care law once he gets to the White House.

“Time after time, President Trump and his Republican allies have failed to get Congress to do its dirty work and has instead attempted to dismantle the ACA, piece-by-piece,” James said in a statement. “We are confident the court will reject Republicans’ arguments today, just like it did in 2012, and that we will prevail in protecting Americans’ right to health care.”