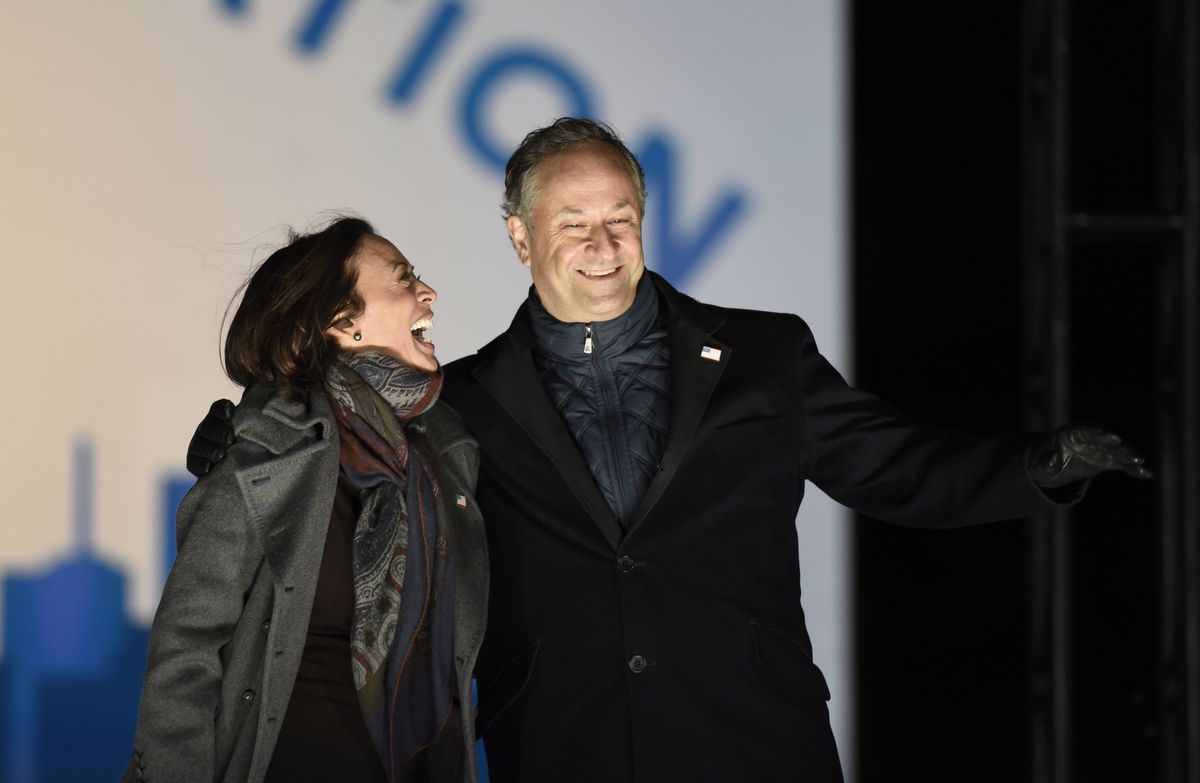 This “wife guy” had a good day on Saturday.

Doug Emhoff, the husband of Kamala Harris known for his heart-warming cheerleading of his wife, celebrated the first-ever ascension of a woman to the vice presidency.

“So proud of you,” Emhoff tweeted along with a picture showing him and Harris hugging.

Harris made history this week, becoming not only the first woman elected veep, but also the first Black person and the first Asian American voted into the position.

Emhoff, a lawyer, retweeted a video of Harris speaking to Joe Biden, who netted more than 74 million votes.

“We did it,” Harris said on the phone. “You’re going to be the next President of the United States.”

Biden was declared the winner of hotly contested races in Nevada and Pennsylvania on Saturday, closing off President Trump’s route to a second term in the White House.