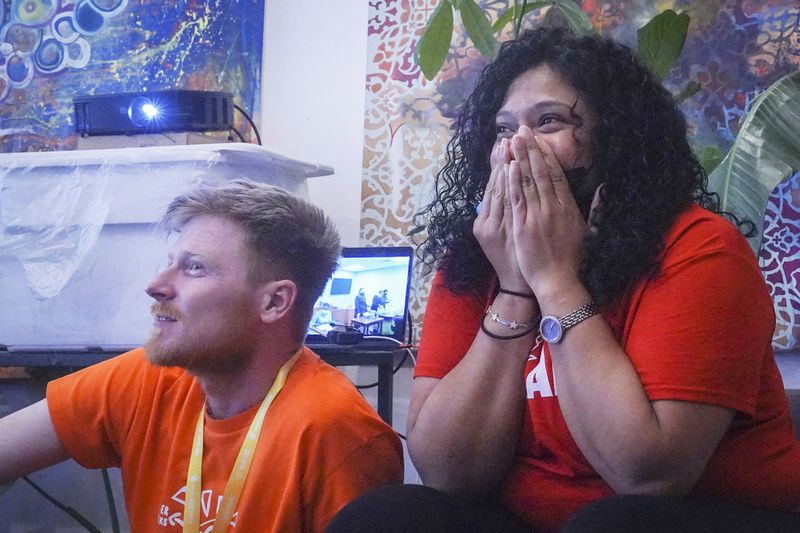 Workers at an Amazon warehouse on Staten Island voted to form the first U.S. union in the mammoth multinational company’s history, according to a count of the historic labor election completed Friday.

The final vote in the election was 2,654 to 2,131, according to the tally, which was completed at a National Labor Relations Board office in downtown Brooklyn on Friday afternoon.

The remarkable result followed a unionization push led by Christian Smalls, a fired Amazon worker who objected to the 27-year-old company’s COVID protocols.

Smalls led the recently created Amazon Labor Union to a stunning victory over the Seattle tech giant, which has become known for pulverizing labor efforts by inundating workers with anti-union messaging.

“Amazon has proven willing to put basically unlimited resources into anti-union campaigns, and these workers really won against all odds,” said Rebecca Givan, a labor studies professor at Rutgers University. “It’s really a historic victory and probably a huge shock to Amazon.”

Much of the vote count had been completed on Thursday, with a tally of 1,518 ballots in favor and 1,154 votes. As the count continued on Friday, Rep. Alexandria Ocasio-Cortez cheered on workers from the Amazon warehouse, a fulfillment facility known as JFK8.

“CONGRATULATIONS,” he tweeted. “We worked had fun and made History.”

Separately, a still-contested count on union vote at an Amazon facility in Alabama hung in the balance, though preliminary results suggested that workers had rejected unionizing. More than 400 ballots were expected to be contested in that election.