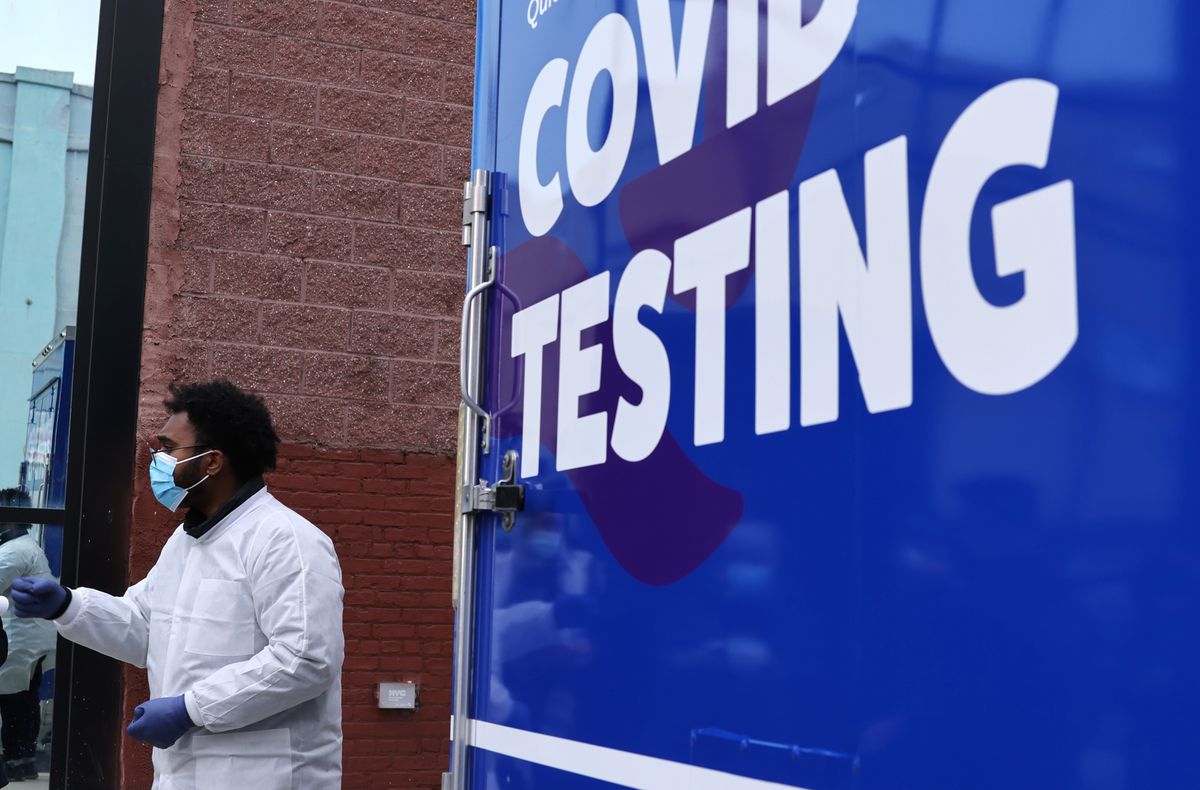 A group of anti-vaccine protesters were caught on video busting up an outdoor COVID-19 testing site as they walked through Union Square on Monday.

The protesters — marching against the city’s vaccine mandates for public school teachers along with demonstrators holding a sign demanding “health freedom now” — appeared to abruptly target the testing site as they walked by.

Two of the marchers just flipped over a Covid-19 mobile testing site tent, knocking down a table and chairs set up in Union Square in New York #NYC #NewYork pic.twitter.com/RkEKwSMzzi

The protesters flipped a table and knocked down a tent outside a mobile testing van on E. 14th St. and Union Square East, where Linda Lopez was testing patients.

“I first realized it when they started pounding on the side of the van,” said Lopez, who conducts tests for Infinity, a New Jersey-based lab that runs the testing site. “They just ran up and turned over our table. They also overturned our tent. They were saying everything we were doing was b—s—, that COVID was b—s— and vaccinations are bad.”

Journalist Brendan Gutenschwager caught the scene on video and posted it to Twitter, showing two protesters flipping a table and chair, while a third — wearing an American-flag bandanna and backpack and apparently accompanied by two children — punches the side of the van.

They then pull down a tent covering the site while someone repeatedly screams “Shame on you!”

A pair of NYPD officers direct the protesters away from the tent, as two more cops join them to set it upright, but the video doesn’t show that any of the protesters were detained or arrested.

An NYPD spokesman said no arrests were made, and had no additional details on the incident.

Lopez said the testing site has been hassled before. “But this time they actually attacked us,” she said. “We were right in the middle of testing people. Other people came and protected us. They said ‘Thank you, thank you for this.’”

“We respect their opinions,” she added. “People are allowed to think differently, but they’re not allowed to attack us. What we do is important, it’s necessary.”

Gutenschwager also captured video of two FDNY firefighters fist-bumping protesters outside a Manhattan firehouse, and a uniformed law enforcement officer clapping for the demonstrators on the steps of one of the courthouses in downtown Manhattan.