Donald Trump is no longer one of America’s richest 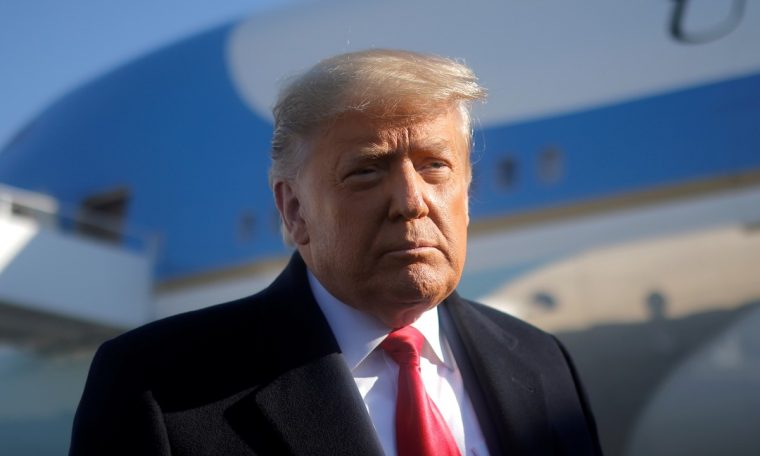 Donald Trump is no longer on Forbes’ list of richest Americans. This marks the first time in 25 years the former president didn’t make the cut.

Trump, 75, is said to be as wealthy as he was last year, but the ongoing pandemic has cost him $600 million.

Forbes reports that those invested in technology stocks and cryptocurrencies did well while COVID-19 ran amok in America, but it’s been a rough time for real estate in major cities. That’s where Trump is primarily invested. His properties also include retail and entertainment components, which have been impacted by COVID lockdowns.

According to Forbes, Trump had a “golden opportunity” to diversify his fortune when he was elected president in 2016. Federal ethics officials urged the Queens native to divest his real estate assets, which would have allowed him to stick his money into “broad-based index funds and assume office free of conflicts of interest.”

Trump’s value tumbled every year he was in Washington, D.C. The 45th president was 156th on Forbes’ list when he was sworn into office.

The highest Trump climbed was the 71st spot on the Forbes rundown, which he achieved in 2003. His previous low since entering the Forbes 400 club was in 1996 when he slid into the 368 spot.

Forbes notes that defying ethics officials isn’t an option for most people in government, but the former commander-in-chief is exempt from such legal safeguards. Before assuming power, Trump told reporters in Trump Tower he didn’t “like the way” it would look if he wore two hats in the Oval Office, but that he’s within his rights to do so. He kept his assets.

In Trump’s case, according to Forbes, doing the ethical thing would have also meant making the smarter business decision.

The financial publication broke down the math and concluded the former host of “The Apprentice” would have been 80% richer when he left office if he’d divested. According to number crunchers at Forbes, Trump likely would have taken an initial beating on his $3.5 billion in assets.

He may have been hit with huge capital gains taxes, which would have left him with around $2.4 billion when he was sworn in. But had Trump stuck his money into a fund tracking the S&P 500, Forbes said, he would’ve collected more than $2 billion. That means he would have had $4.5 billion banked to begin his post-presidency in Mar-a-Lago.

Forbes also claims Trump may have been able to get around the capital gains taxes, which would make him worth $7 billion today.

Trump’s wealth has long been cloaked in mystery, thanks in part to his refusal to release his tax information while running for and serving as president. Citing tax data it reportedly obtained in 2020, the New York Times published a bombshell piece describing Trump’s finances as a story of “chronic losses and years of tax avoidance.” The Times also reported that the former president was facing hundreds of millions of dollars of debt after leaving office. Trump pooh-poohed that report and is suing the Times over a 2018 story regarding his family’s taxes.