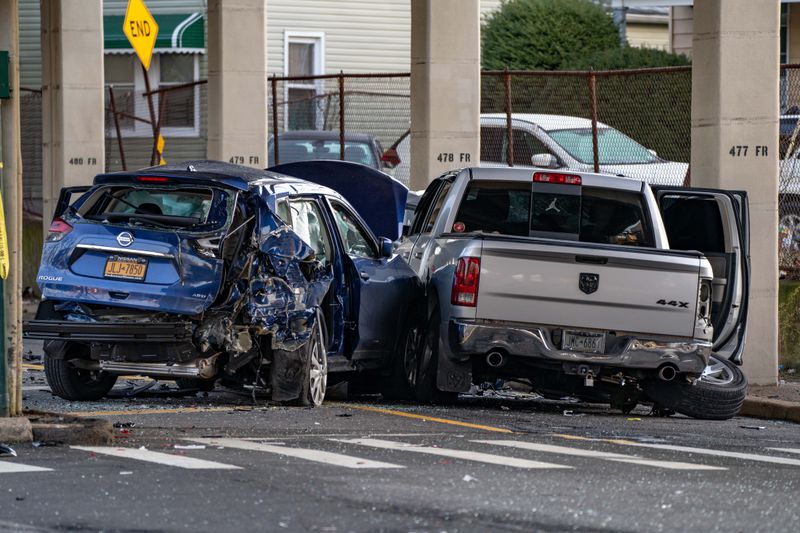 Two people were killed in a blistering New Year’s morning crash in Queens, sparked by a pickup truck driver who ditched his ride and ran off, police said.

The two victims — a 60-year-old woman and 57-year-old man — were in their Nissan Rogue rolling past Rockaway Freeway and Ocean Crest Blvd. in Far Rockaway when a Dodge Ram collided into them around 5 a.m., cops said.

Both the woman, who was driving, and the man in the passenger seat were pinned in the vehicle.

Medics rushed the pair to St. John’s Episcopal Hospital but they couldn’t be saved, cops said.

The truck driver managed to get out of the mangled wreck and scamper off before first responders arrived, police said. He is still being sought.

A 37-year-old man riding in the truck suffered a head injury and was taken to Jamaica Hospital.

A second 33-year-old man in the truck was taken into custody after arguing with investigators. Charges were pending, cops said.