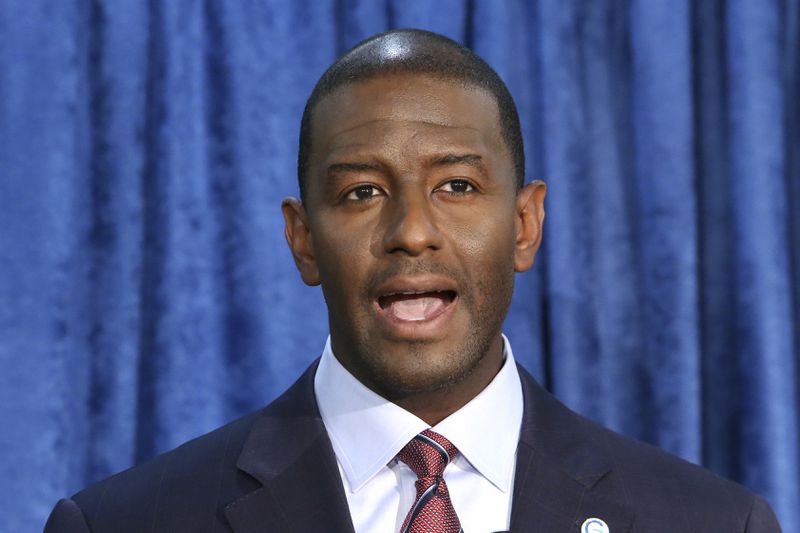 Florida politician Andrew Gillum, opening up six months after entering rehab, came out as bisexual Monday in his first televised interview since he was found in a Miami hotel with a male escort who had seemingly overdosed on crystal meth.

“You didn’t ask the question but I don’t identify as gay,” Gillum, the former Tallahassee mayor, told Tamron Hall in the interview that aired Monday. “I identify as bisexual.”

Gillum made national headlines in March when he was found surrounded by vomit in the Miami hotel room after police responded to calls about a suspected drug overdose.

The 41-year-old father of three denied using methamphetamines and said he had gotten too drunk at a wedding that day. Days later, he announced that he was entering rehab for “a depression that has led to alcohol abuse.”

“This has been a wake-up call for me,” Gillum said in a statement. “I witnessed my father suffer from alcoholism and I know the damaging effects it can have when untreated. I also know that alcoholism is often a symptom of deeper struggles.”

Gillum said his close loss to now-Gov. Ron DeSantis in the 2018 governor’s race made matters worse.

Appearing on Hall’s show with his wife, R. Jai Gillum, the politician said he had never publicized his bisexuality before.

“So many people just don’t understand bisexuality,” his wife said. “Bisexuality is just something different. I just believe that love and sexuality exist on a spectrum. All I care about is what’s between us and what agreement we make.”