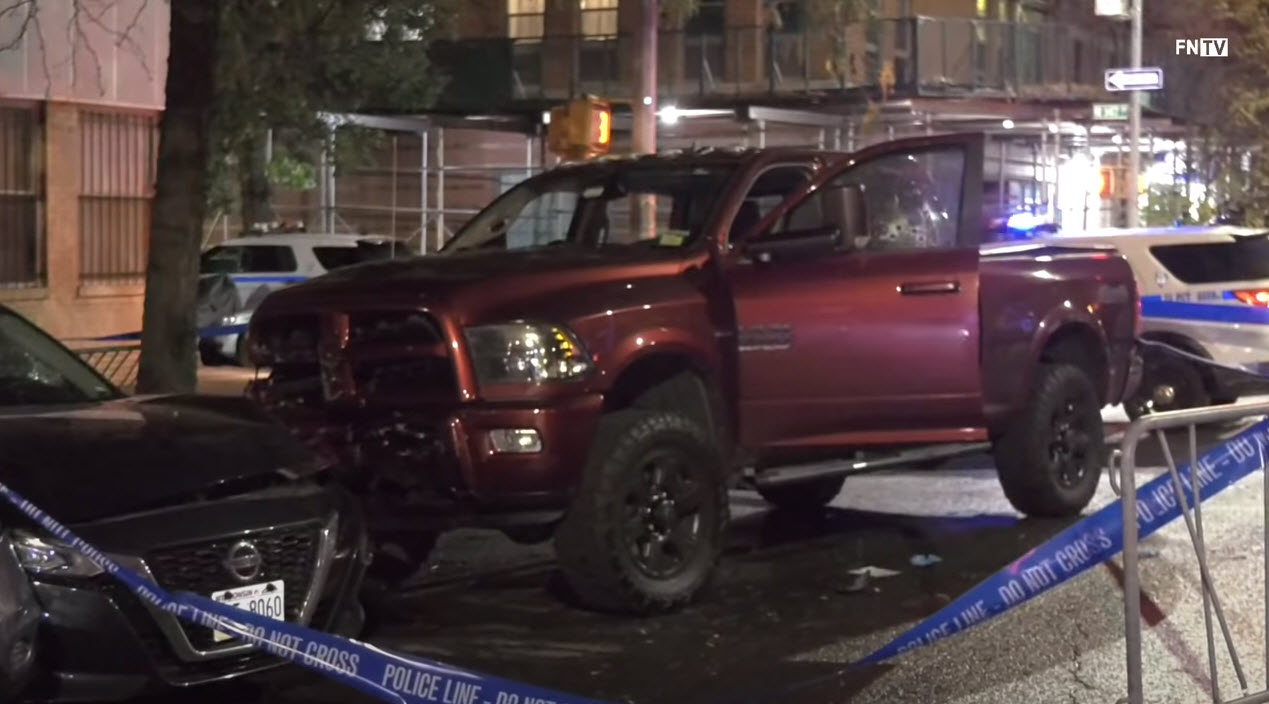 The grisly weekend rubout of a Harlem crime kingpin-turned-informant continued to reverberate Monday, with the victim’s grieving son searching for answers and fearing for his own safety.

No arrests have been made in the bloody shooting of Alberto “Alpo” Martinez, a notorious New York City drug lord, who went from ruling an East Coast empire to cooperating with federal authorities to save his own skin.

Martinez, 55, went into protective custody following his release from federal prison on murder charges thanks to serving as a government witness. But if federal authorities couldn’t keep Martinez from a killer’s clutches, his son, Randy Harvey, wonders what chance he has of staying safe.

“It was like a student and a teacher, you know?” Harvey told reporters of his relationship with his father. “The stuff that he wanted to teach me when I was little, but he wasn’t there. He told me how to be safe. It’s making me wonder, am I really safe? He’s a prime example of someone who went into protective custody, changed his name and everything and it still caught up with him. There’s still no way to really be safe. He was so big. I don’t even know who hates him.”

Harvey did not grow up knowing his father, and the two only began a relationship years later when a DNA test confirmed the connection. Harvey had long suspected Martinez was his father, especially when he was targeted by other inmates during his own prison stint, including a time he was cut by an inmate he didn’t even know.

Still, Harvey said he was proud when the results finally showed their blood relationship.

“It would have been worse if I went through all the stuff I went through and he wasn’t my dad,” Harvey said. “He used to try to teach me with tough love. A lot of people think that because he’s a kingpin, I was born with a silver spoon. But it wasn’t like that because he wasn’t around. I used to give him money. We used to look out for each other.”

They spoke on the afternoon before his death.

“I spoke to him earlier that day, because my birthday is tomorrow,” Harvey said, recalling jokes over an expected “nice gift” from his dad.

That was the last time they spoke.

Harvey said he found out about the shooting when a friend from the block rang his cell phone.

“He called me immediately because he knew my father’s truck,” he said.

Martinez’s truck rear-ended another vehicle early Sunday morning on Frederick Douglass Blvd. The driver of the other ride told police he heard the shots but didn’t see what happened, sources said. Martinez’s Dodge Ram then crashed into three parked cars by W. 147th St., sources said. Police found Martinez gasping for air in the truck, shot six times in his arm and once in his chest, sources said. He also had a graze wound on the left side of his chin. Someone had blasted him through the driver’s side window.

“I started looking up stuff and it was like, ‘Alpo Martinez was shot.’ But he doesn’t even go by that name anymore,” Harvey said.

Police identified the victim Sunday as Abraham Rodriguez, of Lewiston, Maine — a name seemingly given to Martinez as part of the witness protection program. A high-ranking police source confirmed the victim was actually Alpo.

Harvey assumed his father was in Harlem “partying and seeing girls.”

“He was living his life. I think he kind of picked up where he left off, once he was off parole, I think he just wanted to live a normal life for a change. He wasn’t flashy like before, he barely even got his hair cut. He didn’t have Instagram, he didn’t have Facebook. He didn’t want to do interviews. They offered him millions of dollars.”

Harvey said his dad had indeed been living in Maine, and was just visiting Harlem. He may have had a pad in New Jersey, too.

Harvey, who lives in another state, took to social media to share his grief about the Halloween shooting.

“I just lost my dad on my favorite holiday, which is two days away from my birthday on top of me having COVID-19, ” Harvey posted on Instagram. “I’m speechless.”

In another post, Harvey said he had worked out some of his differences with his dad.

“They can say what they want, but I know what I know, and I forgave you for everything except leaving me here with this hate alone,” he wrote.

Martinez had his fair share of enemies. He notoriously shot and killed his former business partner and best friend Rich Porter, 24, in 1990 because he suspected Porter was cutting in on his deals.

Members of Porter’s family were out drinking champagne when news of Martinez’ death swept through Harlem.

Harvey said he had mixed feelings about the celebration.

Authorities said Martinez’ cocaine empire stretched from New York to Washington, D.C., where he was arrested in 1991 before confessing to 14 murders. He became a government witness to avoid a life sentence and was reportedly released into witness protection in 2015.

“I was shocked and very saddened by the news that it happened,” said Thomas Abbenante, a Washington, D.C. lawyer who represented Martinez in 1991.

Martinez surfaced in 2019 in Harlem, talking to a crowd of people on the street, video posted on Instagram shows.

Harvey said his dad had long tried to make amends with the Porter family, apologizing and even giving them money.

“He really wanted all of this to go away,” Harvey said. “He was changing his life. You could see the elevation, his mindset changed. Something inside him changed.”